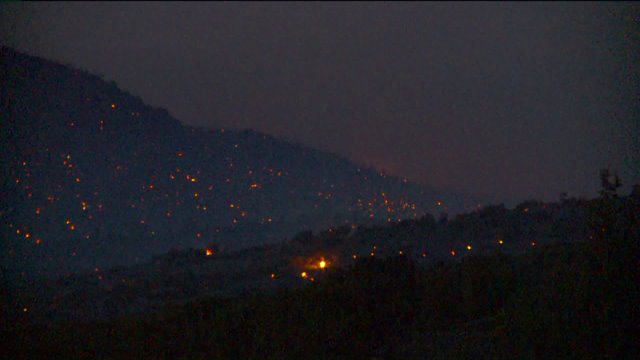 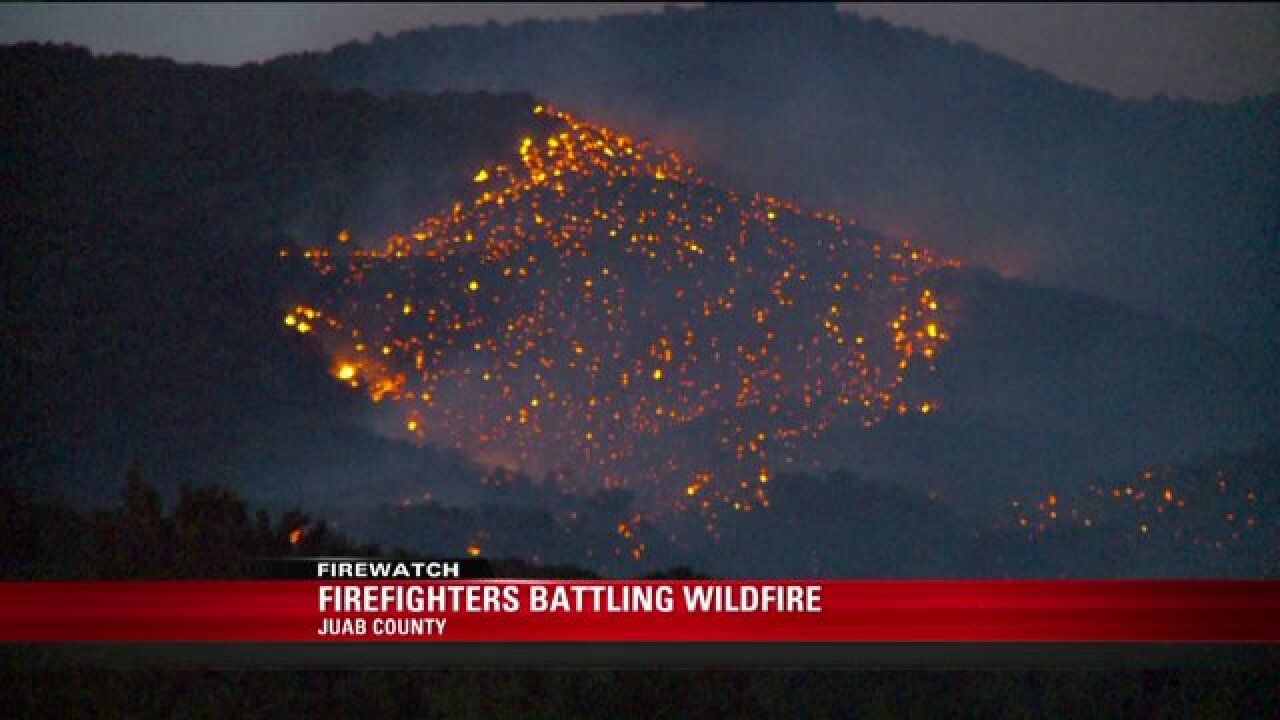 #NorthMoore 100% contained. Turning fire over to local BLM Office. 3 engines;15 people remaining to manage the fire. This is the last update

UPDATE: The North Moore fire is 100-percent contained. The Bureau of Land Management is now handling the wildfire.

JUAB COUNTY, Utah — Fire crews continued to battle a wildfire spanning hundreds of acres in Juab County, which was 30 percent contained as of Friday evening.

According to the Central Utah Fire Agency, the North Moore Fire is burning about 5 miles north of the Little Sahara Recreation Area's main gate and it grew to approximately 1,427 acres Thursday.

Crews believe the fire was started by a lightning strike.

Strong winds from the southwest pushed the fire northward Thursday, and while gusts were expected to continue Friday, fire officials said there was "much less activity" on the fire Friday afternoon. Still, fire danger in the area remained high due to the hot and windy conditions.

Fire crews were flanking the wildfire from the west and east sides.

Smoke from the North Moore Fire is visible from Utah, Juab and Millard counties.