STOCKHOLM – According to a  Fox News article, a wooden exhibition ship built as a replica of Noah’s ark collided with a Coast Guard ship Friday in the Oslo harbor, both ships are damaged.

Rune Svarsund, a Coast Guard spokesman said the wooden ship was being towed into the harbor when it ran into the “Nornen” patrol vessel.  No injuries were reported though both ships were damaged.  According to its website, the wooden boat named “Noah’s Ark” is 230 feet long and is used as a floating museum.

Photos are from the news agency NTB.  They show the wooden ship has a big hole above the water line.  The Coast Guard ship’s crane was damaged.

For the full story see the Fox News article 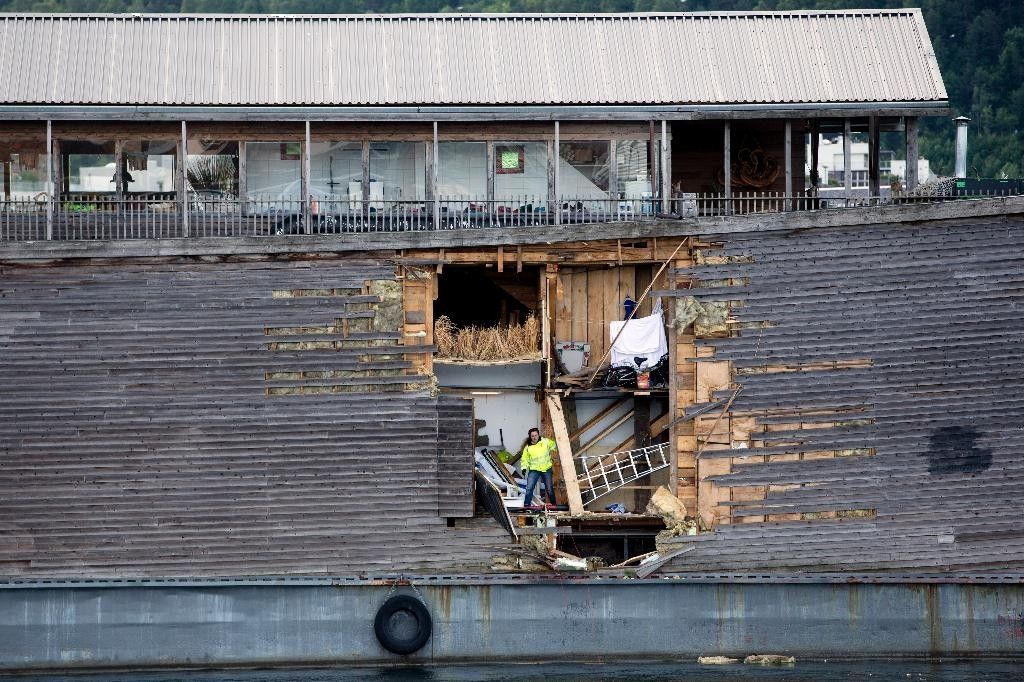