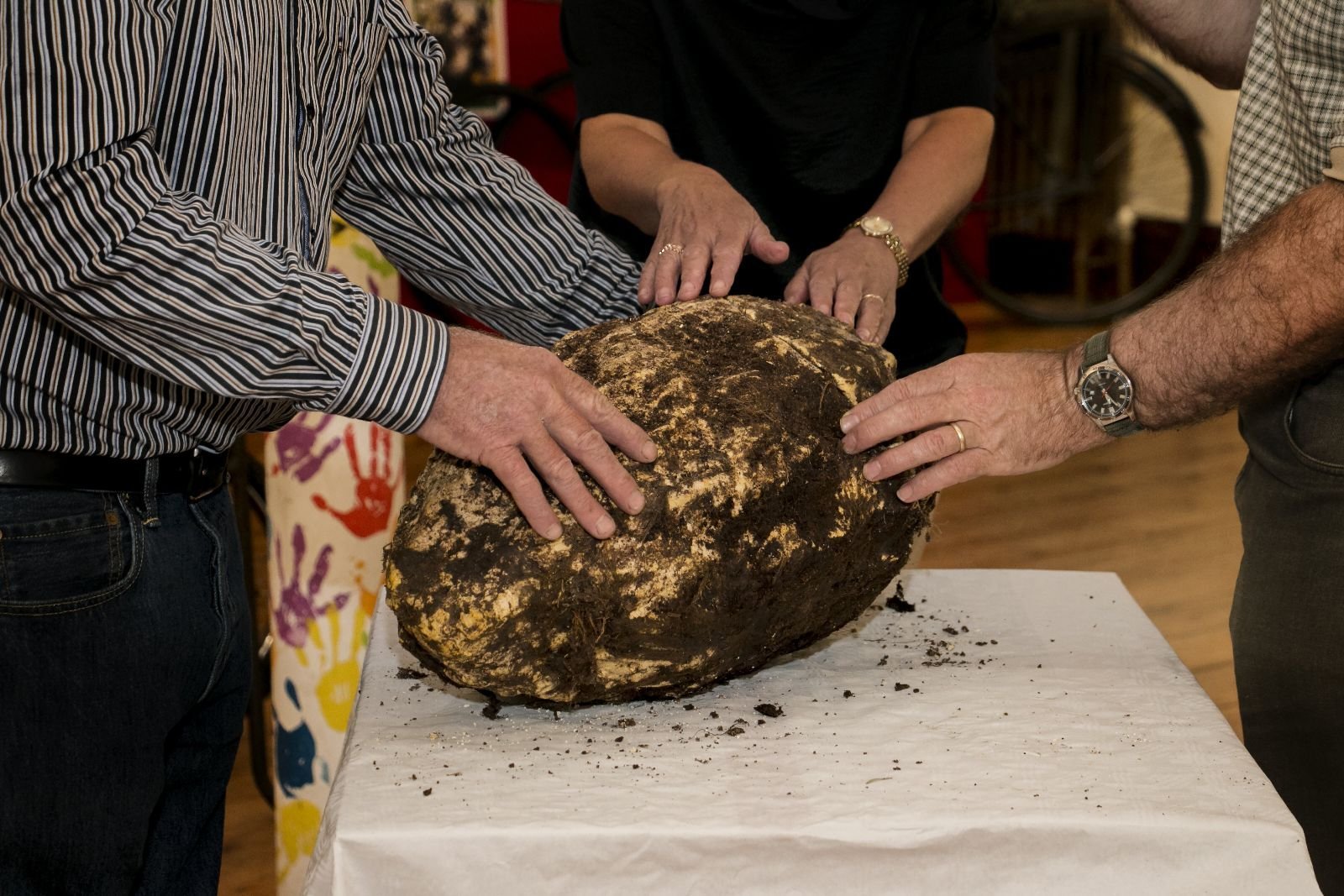 (CNN) — Turf cutter Jack Conaway was cutting peat for fuel in the Emlagh bog when he made a surprising and smelly discovery.

Oddly enough, such encounters are not unusual.

Hundreds of lumps of bog butter have been found in Ireland and Scotland, dating back over thousands of years, according a study published in The Journal of Irish Archaeology.

In 2013, a fellow turf cutter in County Offaly found a massive container holding 100 pounds (45 kilograms) of bog butter believed to be 5,000 years old.

The Cavan County Museum says in medieval times, butter was a luxury product that was used to pay taxes and rents. “It was sometimes used as a offering to the spirits and gods to keep people and their property safe — when used as offerings it would have been buried and never dug up again,” the museum said on its website.

Archaeologists say that bog butter is crumbly, with a waxy texture and overwhelming cheese smell.

However, despite bog butter being technically edible, researchers advise against eating it.