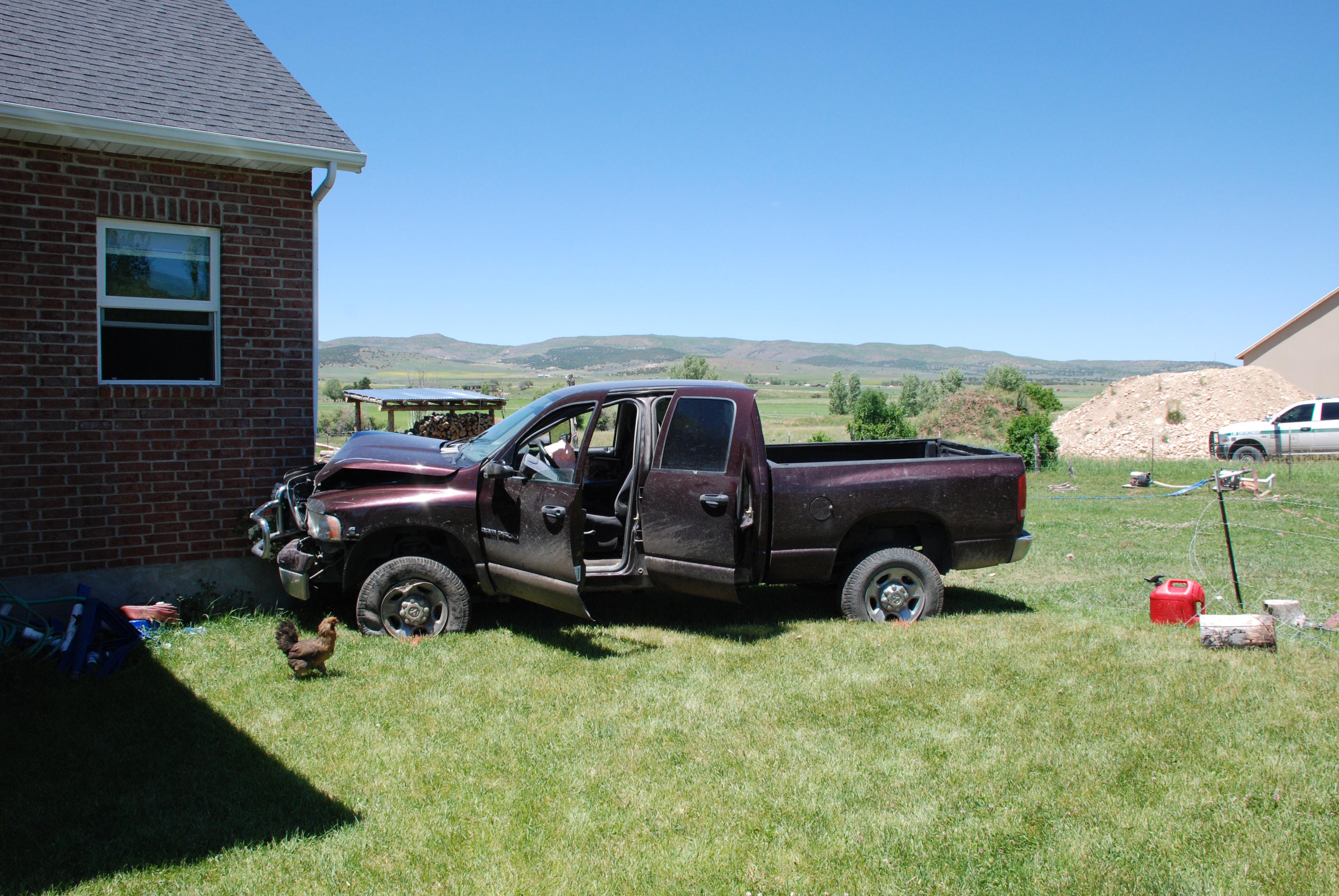 FAIRVIEW, Utah — A Sanpete County Sheriff’s Deputy fired a single shot at a suspect during a vehicle pursuit involving a stolen car Thursday, and the suspect later crashed the vehicle into a home.

According to the Sanpete County Sheriff’s Office, dispatch was notified of a stolen vehicle traveling on SR-31 from Emery County into Sanpete. Police from multiple agencies responded to Fairview Canyon in an attempt to locate the vehicle, which was ultimately spotted in Fairview City travelling at a high rate of speed.

Police tried to box the vehicle in, but the suspect refused to respond. A single shot was fired by a deputy, and the bullet struck one of the suspect’s tires.

The suspect continued west on 400 North in Fairview with deputies pursuing him, and he ultimately crashed into a house near 300 West and 400 North.

The suspect, identified as 22-year-old Ty Taylor, suffered minor injuries in the crash that were not related to the shot that was fired. The suspect was taken to a local hospital for treatment and was then transported to the Sanpete County Jail.

Emery County Sheriff’s Office states that Taylor’s activity comes just nine days after he was released from jail in connection with a series of vehicle thefts. The man was released June 7, but Thursday he allegedly went on another spree of thefts.

Police say prior to the chase that led to the shot being fired, Taylor stole a vehicle and used it to destroy several fences, leaving behind a license plate. Police used that plate to learn the make and model of the truck they sought. However, Taylor abandoned that truck a short time later and stole a four-wheeler from a nearby farm.

After crashing that four-wheeler through a farm gate, Taylor broke into another truck but left when he couldn’t find any keys. He walked to another farmhouse, where he stole a Dodge pickup truck. The owner saw him leaving and called police. It was this vehicle Taylor was driving during the chase and crash in Fairview.

The incident remains under investigation, but Sanpete Sheriff’s Office noted: “Investigators are not ruling out drugs or alcohol involved at this time.”