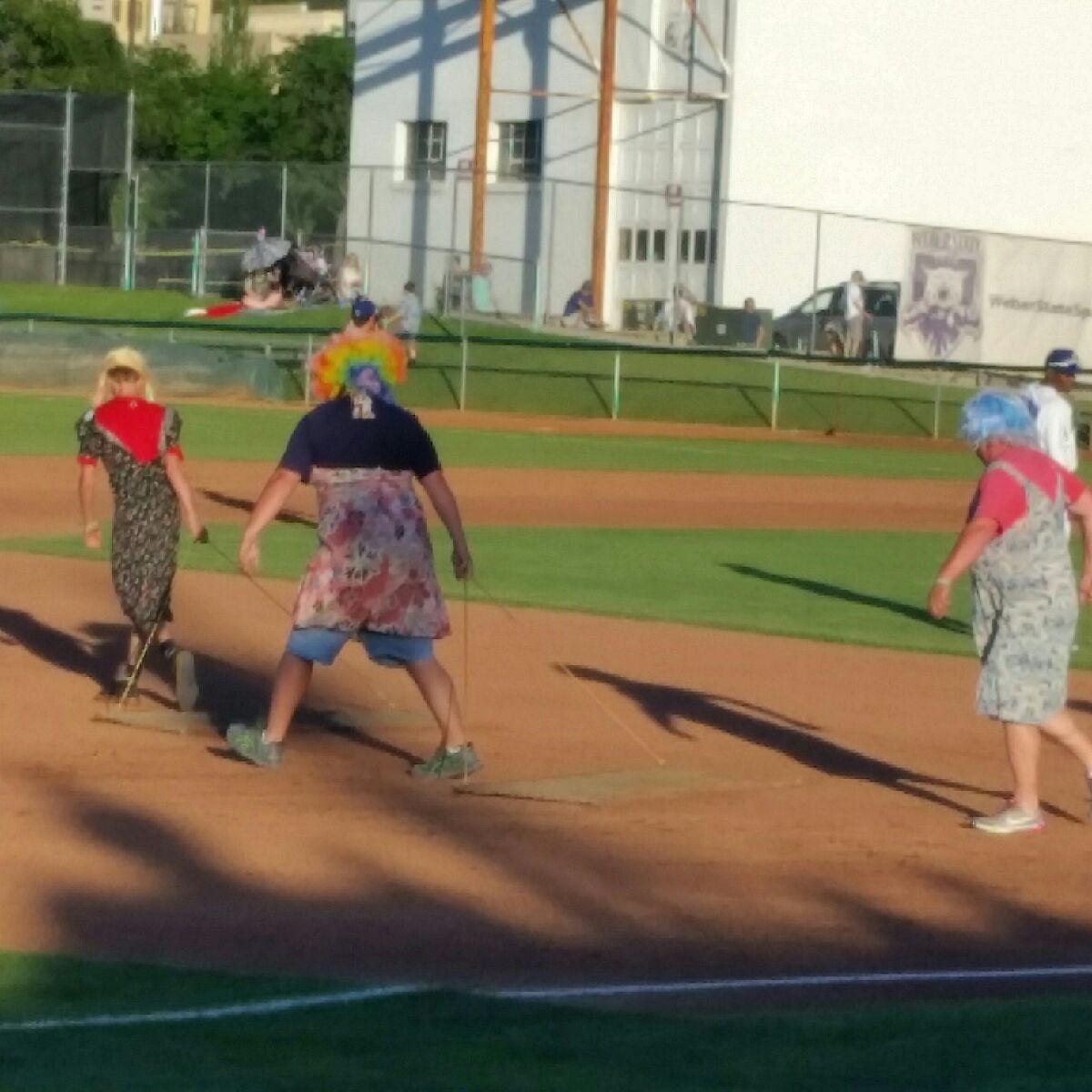 OGDEN, Utah — The longstanding tradition of men dressing up as “drag queens” at Ogden Raptors baseball games to pull a drag mat around the infield in between innings has come to an end.

A complaint to the Pioneer League ended the 19-year stint when a fan of the Raptors expressed his disgust with the tradition in an email to the minor league baseball team, which he shared with FOX 13 News.

“How dare you pick on a community to mock them like that,” Michael wrote.

Michael provided photos of the men who were wearing dresses and wigs while pulling drag mats around the infield.

After a mass shooting at a gay club in Orlando, Fla. left 49 people dead, Michael was especially disappointed in the antics.

“Hasn’t the gay community gone through enough this past week or so to be ridiculed like this…” he wrote. “It may be funny to some but I take a huge offense to it. Your organization disappoints me.”

According to an employee at the Raptors ticket office Tuesday, “Drag Night” was last “performed” Monday night. But, it will never be done again because they heard it upset members of the community.

“In light of recent events that have taken place in our beloved country, we will no longer be presenting that promotion. It has been retired for good.”