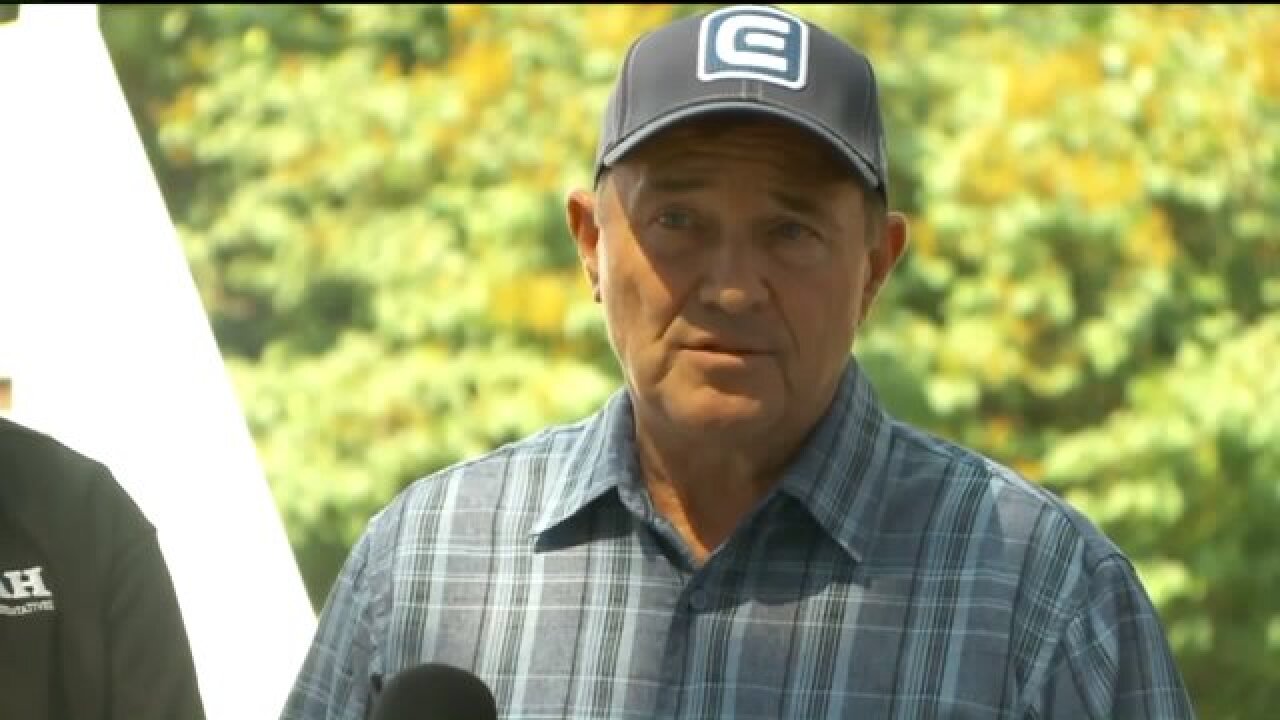 PINE VALLEY, Utah -- The Saddle Fire in Washington County has consumed 823 acres as of Wednesday night, with still no end in sight.

Governor Gary Herbert visited the small town of Pine Valley, where the fire has crept within a half of a mile from 185 structures, 100 of them homes. All of those structures are under a mandatory evacuation order.

The Washington County Sheriff is getting updates every hour.

"I want them back in their home, but I'm not going to jeopardize people's lives or the firefighters; this area up in Lloyd Canyon is not defensible space," Sheriff Cory Pulsipher said.

Kendall Sullivan has two homes in Pine Valley. One wasn't evacuated, but the other was.

"You know we just built it, so it's brand new, it's very scary," Sullivan said.

There are more than 400 firefighters from four states on the mountain, but the fire is in terrain so remote, so steep and so rocky that they can only reach it by ATV or on foot.

The firefighter's goal for now isn't to put out the flames, it's to keep the flames from spreading to the homes. The fire remains zero percent contained.

"Firefighters basically using robust looking garden tools, and they are out there by hand clearing a two-foot line of brush," said Saddle Fire PIO Christian Venhuizen.

This ring separating the homes from the flames is the last line of defense.

"I can tell you that our firefighters are professionals, and when it does come we'll be ready," Venhuizen said.

There have also been helicopters and tanker planes circling the mountain, but they have already been grounded three times due to dangerous and illegal drone activity. This was a major emphasis of the governor's visit.