BOX ELDER COUNTY, Utah - It was a miraculous story of survival for one local pilot.

Dwight Burkes crashed his self-built airplane Wednesday morning just outside of Brigham City, and he walked away with just a scratch.

Jon Greiner is the Ogden-Hinckley Airport manager, and he is also friends with Burkes. He said Burkes had been building the small, fixed-wing single-engine plane for 25 years in his hangar at the airport.

"He took it out with one of his friends down here, who has a different kind of a home-built [airplane]," Greiner said about the crash. "I guess the engine seized up on it, and it went down."

Greiner said Burkes is a retired military C-130 pilot. So, when his aircraft lost its only engine mid-flight Wednesday morning, Greiner wasn't worried.

"He has tens of thousands of flight hours," he said. "He will be fine; he knows how to fly a plane. Even though it's home-built, it's still got all the basic engineering."

The Box Elder County Sheriff's Office says it wasn't easy to find Burkes initially, but they eventually located him with the help of the pilot of Burke's chaser plane. Once they did find him, they were amazed he came out alive.

"To bring a plane down in a field like that and walk away says something for his skill I am sure," Lt. James Summerill said, 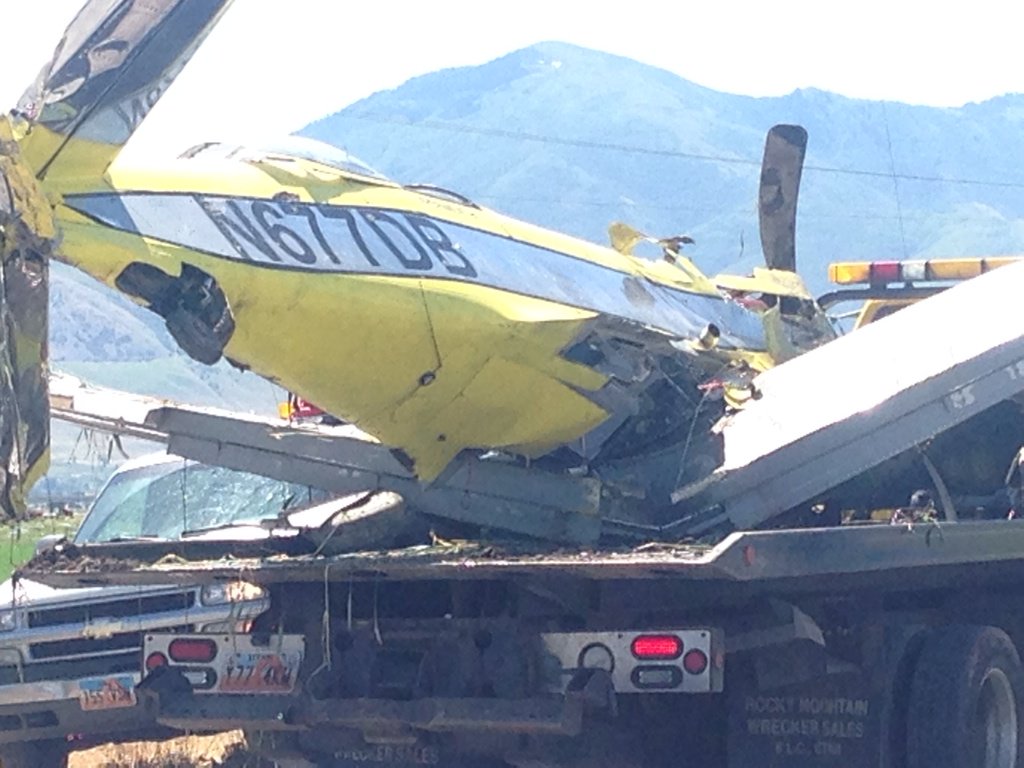