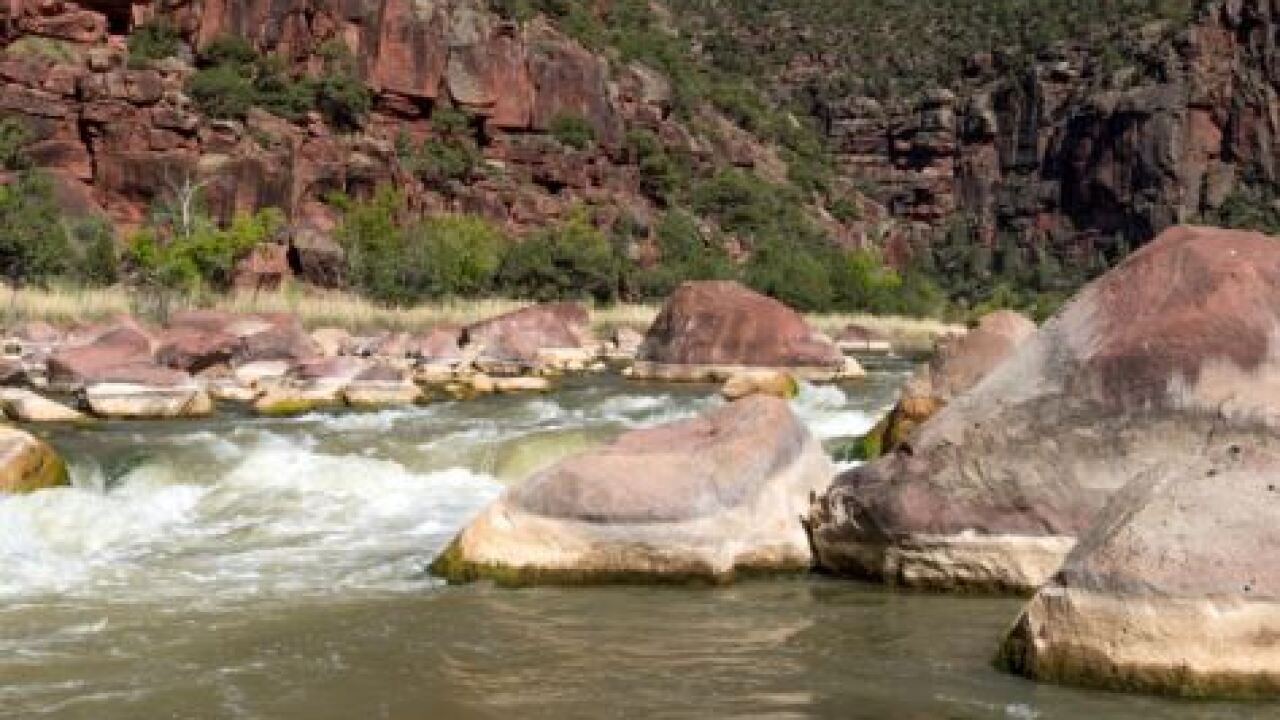 Rapid in Canyon of Lodore

UPDATE: The U.S. National Park Service stated Sunday crews had located a body matching the description of the rafter who went missing Friday.

Officials state 62-year-old Sandra Wolder of Aurora, Colorado died of an apparent drowning. Her body was found around 1:30 p.m. Sunday among some underwater roots.

DINOSAUR NATIONAL MONUMENT, Colo. — A search is underway for a missing rafter on the Green River in Dinosaur National Monument.

The rafter was aboard a commercial outfitter when the company flipped, Friday evening, at Disaster Falls in the Canyon of Lodore.

All occupants of the raft made it to shore except for the female victim, according a press release from Dinosaur National Monument. The raft is currently pinned to a rock in the river due to the force of the current.

The trip leader notified the monument about the accident by satellite phone.

Classic Lifeguard Air Ambulance was dispatched to the area and searched along the river corridor under dark. The search and rescue team picked up the search Saturday morning.

The press release states that Disaster Falls is a class III-IV rating depending on the river levels, according to the International Scale of River Difficulty. The area of the accident is also in a remote section of the canyon, about seven miles from the river launch at the Gates of Lodore.

The name of the missing rafter is not being released until family has been notified. More information will be provided as it becomes available.