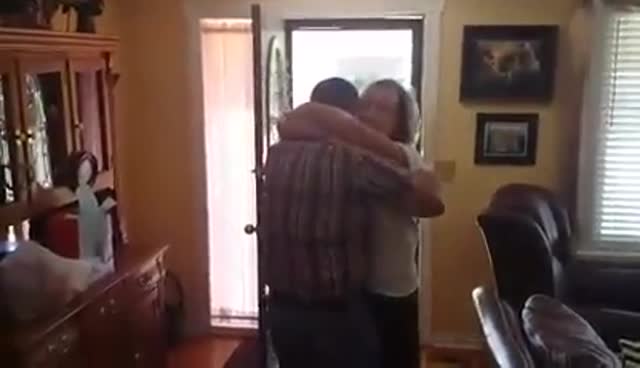 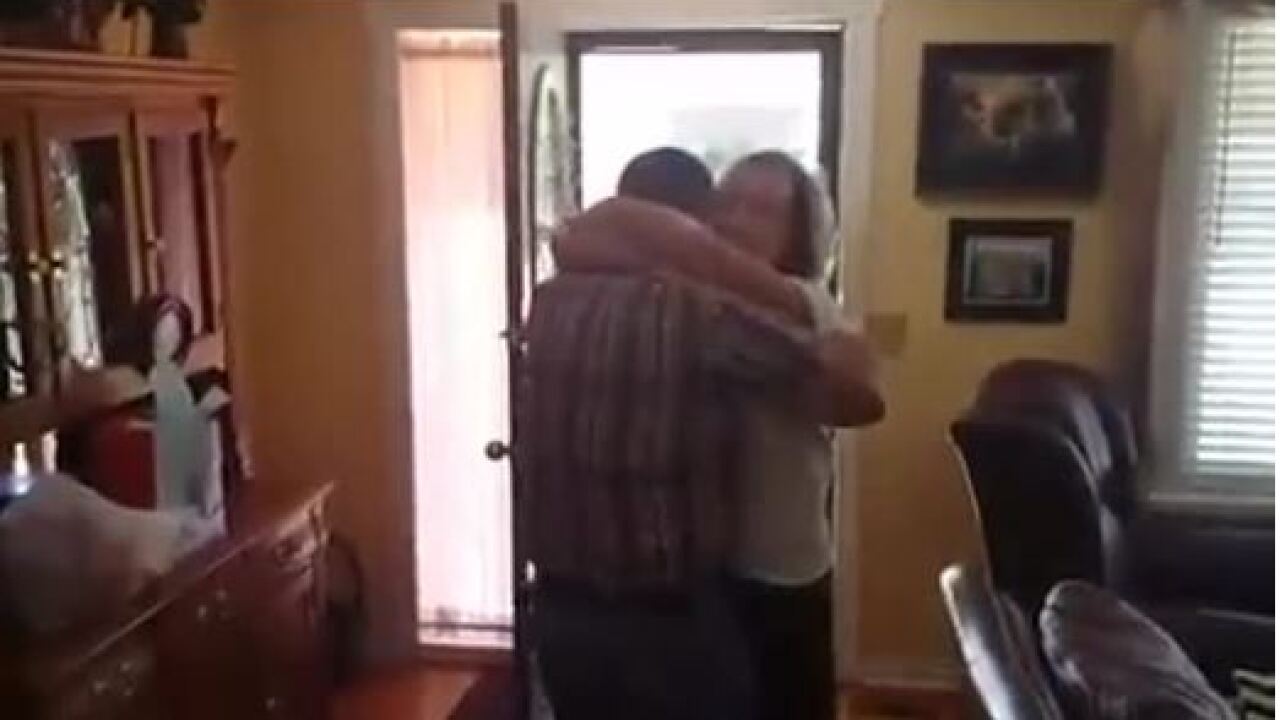 WEST JORDAN, Utah -- A soldier from Utah who hasn't seen his mother in 4.5 years surprised her recently when she walked into her kitchen, and her enthusiastic reaction was caught on camera.

Specialist Kyle Kracht, U.S. Army, recently surprised his mom, Cheri Hancock, at her West Jordan home. He said he was blown away by her emotional response.

“I didn’t know what to expect," he said. "I’ve gone over it in my head what she might do. I didn’t think she was gonna scream and then yell at me and ask me why I was here. I didn’t think I would have to chase after her to give her a hug, but it was way, way more than I expected.”

Kracht said he has seen several videos of soldiers surprising loved ones, and he said he wanted to do something similar, but simple.

“I didn’t want to like walk into her work," he said. "I just wanted to be sitting here casually, and just have her walk in and be like, “What’s up mom? Hey.’”

Despite the unassuming set-up, Cheri was still shocked.

Cheri said Kyle is moving to Georgia soon, and she has been saving up money to take a trip to visit him. She said she has Skyped with him a handful of times after she received a computer for Christmas last year. Kracht said the surprise visit came thanks to his grandparents.

They gave him a call as he was sitting at home, “And they had said that they had some reward points, and if I wanted to use them, and I said, ‘Yeah, let’s go surprise Mom!’”

Kracht said while Skype and other digital methods of communication are OK, nothing beats a visit.

"It gets to be a point where it’s just, there’s nothing like human contact with the ones you love," he said.