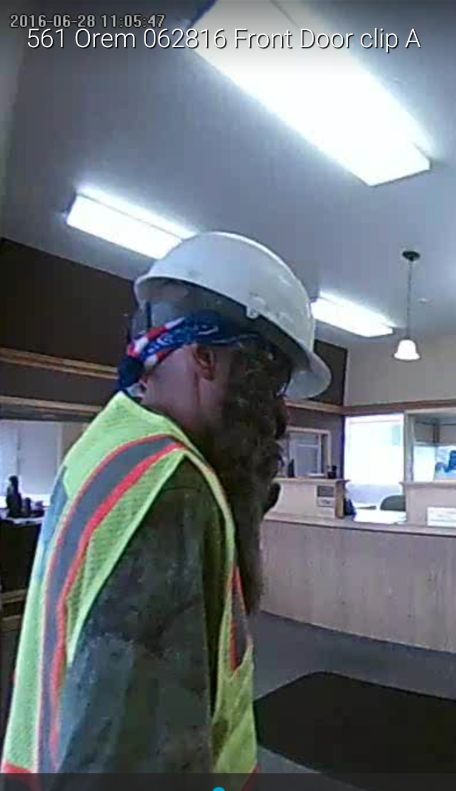 OREM, Utah — Police are searching for a man suspected in at least two bank robberies, and authorities say the man wears disguises but has a “big scar” on his right elbow and a light case of cauliflower ear.

Orem PD posted photos of the suspect captured by surveillance cameras during the alleged robberies, several of which are from Tuesday morning.

In the more recent robbery the suspect is wearing a construction vest, a bandanna, a hard hat and what appears to be a large false beard.

In other photos he is wearing sunglasses, a red bandanna and a different false beard. Those photos are from a robbery that occurred in September of 2015.