3 with minor injuries after plane crash in Farmington Canyon

FARMINGTON, Utah — Davis County Sheriff's Office deputies responded to the scene of a plane crash in Farmington Canyon Friday, and all three occupants walked away with only minor injuries.

A light aircraft lost power during flight, and the pilot was able to land the plane on Farmington Canyon Road. The plane slid off the road and into the brush, where a small fire broke out.

"The plane was still, it had some fire, and it was causing a little bit of fire damage, so the fire department quickly responded and put that out... and now we're holding it as a crime scene in order to make sure that we can see exactly what happened," said Sgt. DeAnn Servey of the Davis County Sheriff's Office. 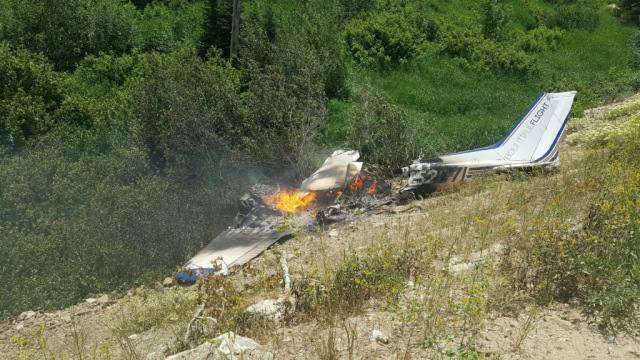 Servey said there were three occupants in the plane who suffered minor injuries, and two of them were taken to a hospital to be checked out.

Firefighters said the pilot did an excellent job landing the aircraft in a way that minimized the risk of injury.

Farmington Canyon Road was closed to traffic as the investigation continued, but it reopened later Friday night.