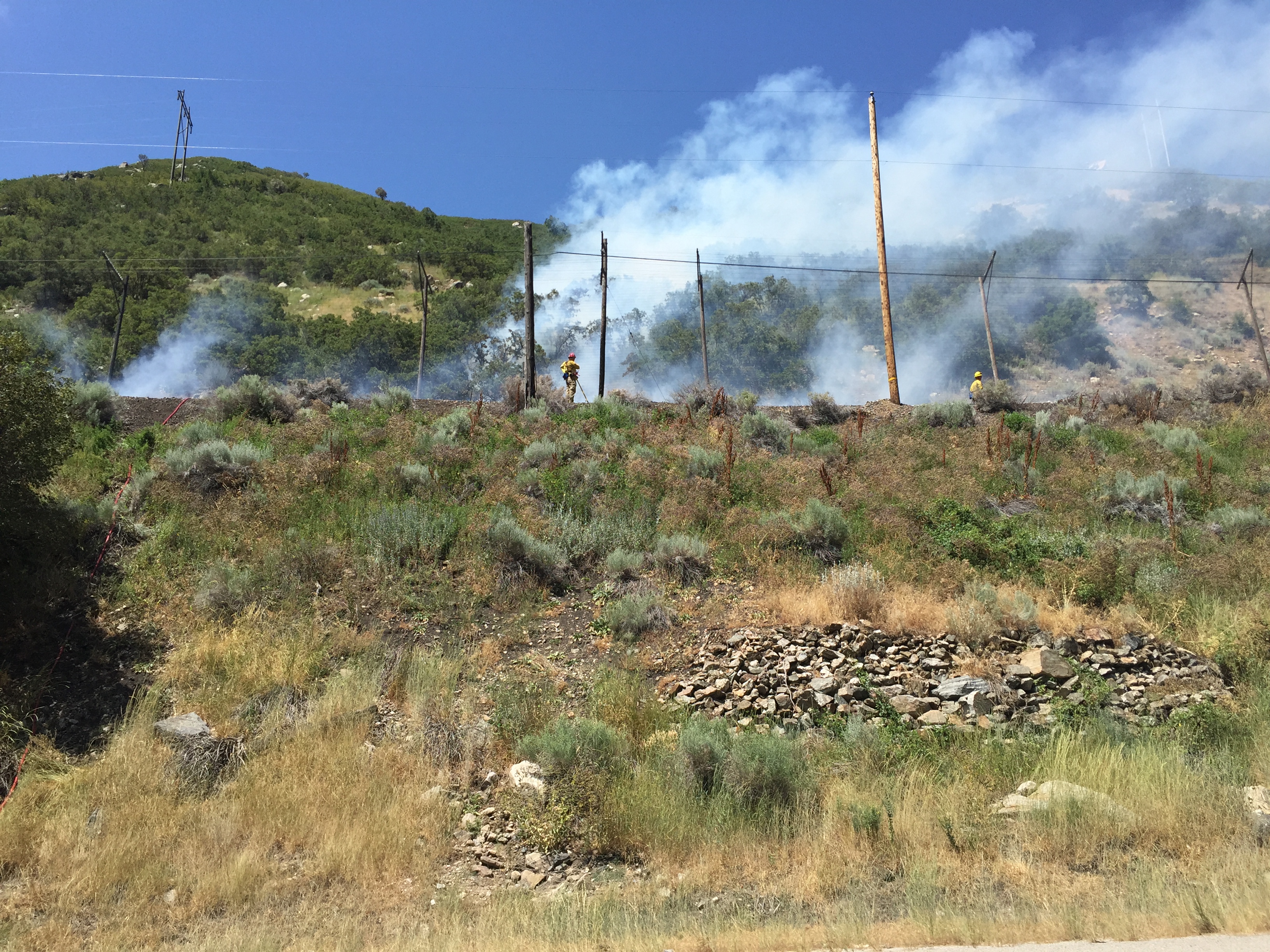 WEBER COUNTY, Utah -- All lanes of I-84 have reopened after a brush fire forced closures Monday afternoon.

The freeway was temporarily shut down near mile marker 90 after sparks from a Union Pacific train caused a small brush fire on the north side of the train tracks.

The Canyon Fire started at 2:07 p.m. when increasing winds caused the flames to spread up the mountainside, according to Utah Highway Patrol. Firefighters are continuing to work on putting out the wildfire, which has consumed about 52 acres near the Morgan and Weber county line.

Morgan Fire, Weber Fire and the U.S. Forest Service Fire units responded to the blaze. According to UHP, a Forest Service helicopter has been dropping water from the Mountain Green ponds to assist with fire control.

A UHP trooper was hit while responding to the fire. A 74-year-old woman traveling west in eastbound lanes, side-swiped the trooper’s patrol car at mile marker 87, according to UHP.

The vehicles made contact at freeway speeds. There was minor damage to the vehicles and no one was injured.

The wrong-way driving appears to be age related, according to UHP.

FOX 13 News' Dora Scheidell is on scene and will bring the latest on FOX 13 News at 9.

Train might have caused fire next to tracks in Weber Canyon on I84 near Weber/Morgan County Line. pic.twitter.com/GtPqc34wBe

Fire in Weber Canyon I 84 westbound. Avoid area if at all possible pic.twitter.com/VVdzSvQGCu