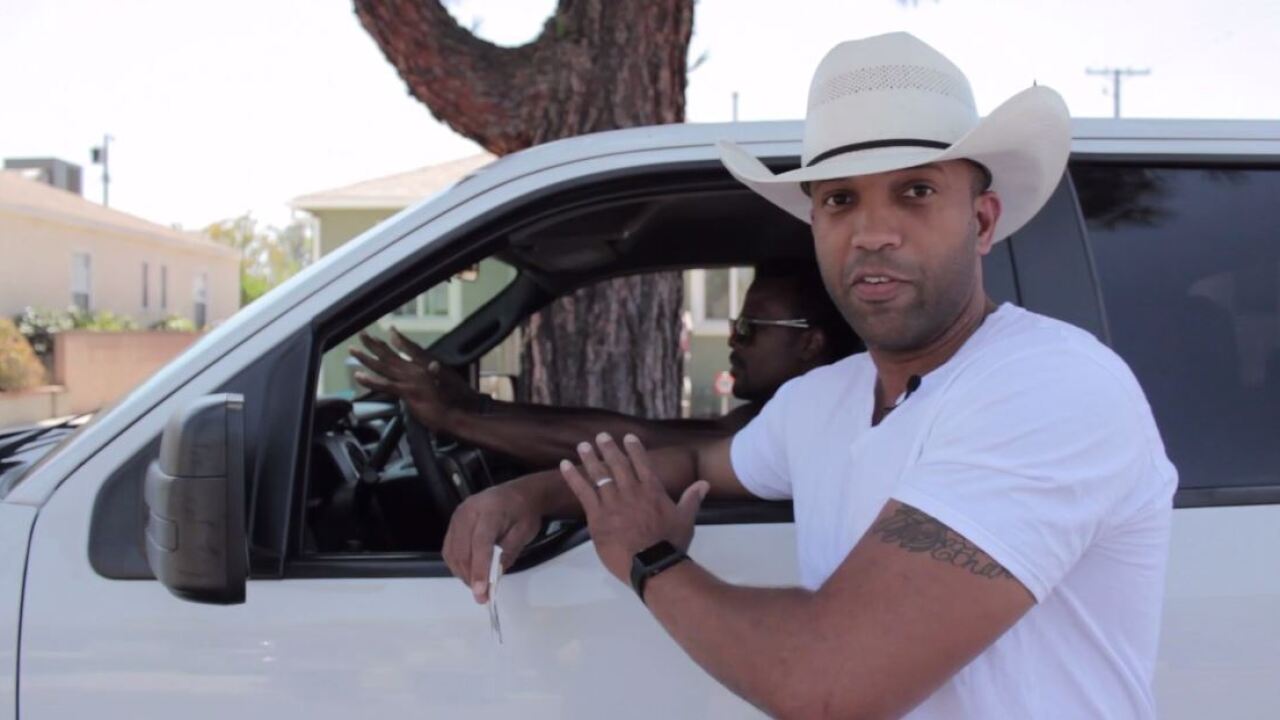 (CNN) — A country singer’s advice for staying safe when police pull you over is reaching a wide audience after last week’s police shootings.

In a video that’s been viewed more than 27 million times on Facebook, Coffey Anderson re-enacts a traffic stop and recommends drivers have a plan before they see flashing lights in their rearview mirror.

“Most of the times when we get pulled over it’s a surprise, we’re not used to it, it’s not something that happens every day,” he says in the video.

Anderson says drivers should keep both hands on the steering wheel with fingers pointing out, so police can see that they’re not a threat as they approach the vehicle. He also recommends keeping your driver’s license and registration where you can get to them quickly, so you can have them out before the officer gets to your window.

“Do not sit on your wallet,” he says. “If you’re reaching down as he [the officer] walks up, you could be pulling a weapon, which could compromise his safety, which is going to make his adrenaline go up.”

Anderson, who is African-American, posted the video on July 7, the day after Philando Castile was shot and killed by a police officer in Minnesota. Castile’s fiancée streamed the aftermath of the shooting on Facebook and said he was following the officer’s instructions when he was shot.

Thousands of comments have flooded into Anderson’s Facebook page, with many arguing that it should be the police officer’s job to protect drivers’ safety.

“Man please! So people have to do all this to ‘make’ an officer ‘feel’ safe? When they ask you for your ID and you reach for it, and they shoot you anyway, then what? Why are we acting like the drivers are the problem? Why don’t you get a video training officers how to treat and encounter black peoples. Let’s do this both ways,” one commenter wrote.

Anderson agrees that training is important and that officers should treat people with respect, but says there is a more important issue.

“At the end of the day the policeman wants to get home safely, we want to go home safely,” he says. “Even if the cop is having a bad day, you have to go home. You gotta make it home. You’re needed.”