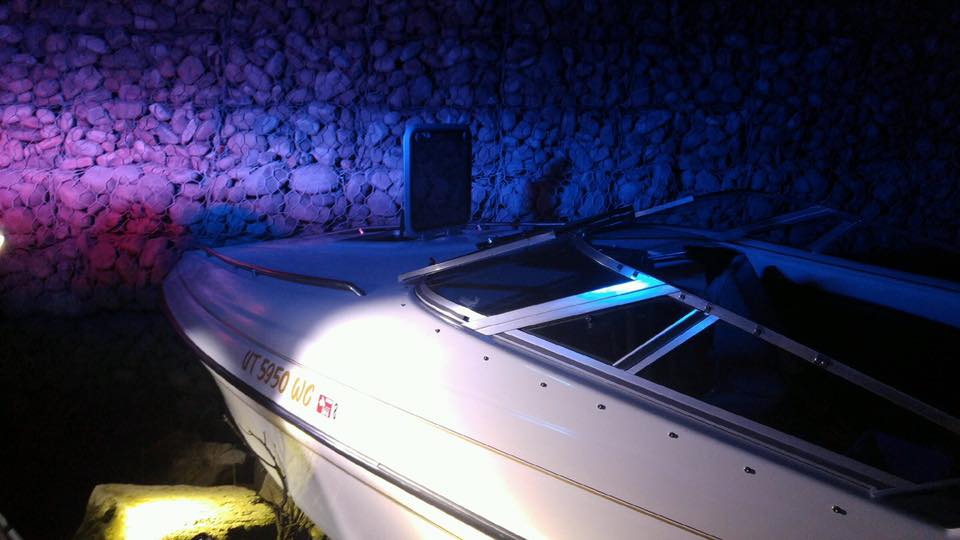 At about 10:25 p.m., Weber County Sheriff’s deputies responded to the reservoir where they found the vessel lodged into the rock wall of the shoreline near the pump house, directly north of Cemetery Point.

The driver, a 44-year-old man, suffered a head injury and was nearly scalped, according to a press release from the sheriff’s office. He was taken by medical helicopter to an area hospital. A female passenger sustained a laceration to her calf and was also airlifted.

Two other passengers, a male and female, suffered undisclosed injuries and were taken to an area hospital by ambulance.

None of the injuries are considered life threatening, the release states.

Deputies think the 1993 Crownline 250 CR was traveling at a high rate of speed when it hit the rocks, causing significant damage to the front end of the vessel.

“Multiple cans of beer were discovered in the boat and it is believed everyone on-board had been drinking prior to the accident,” the release states.

Authorities obtained a search warrant for the driver’s blood to determine if he was boating under the influence.

The boat was towed from the scene and criminal charges are pending against the driver.