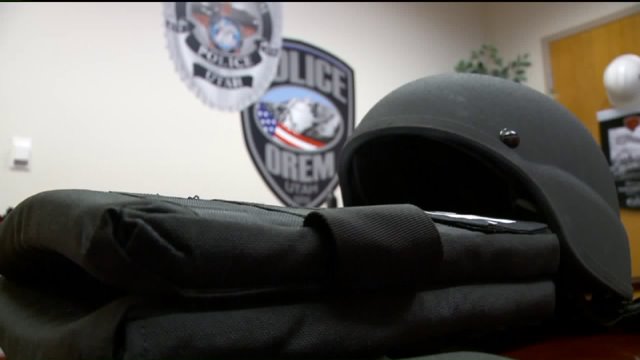 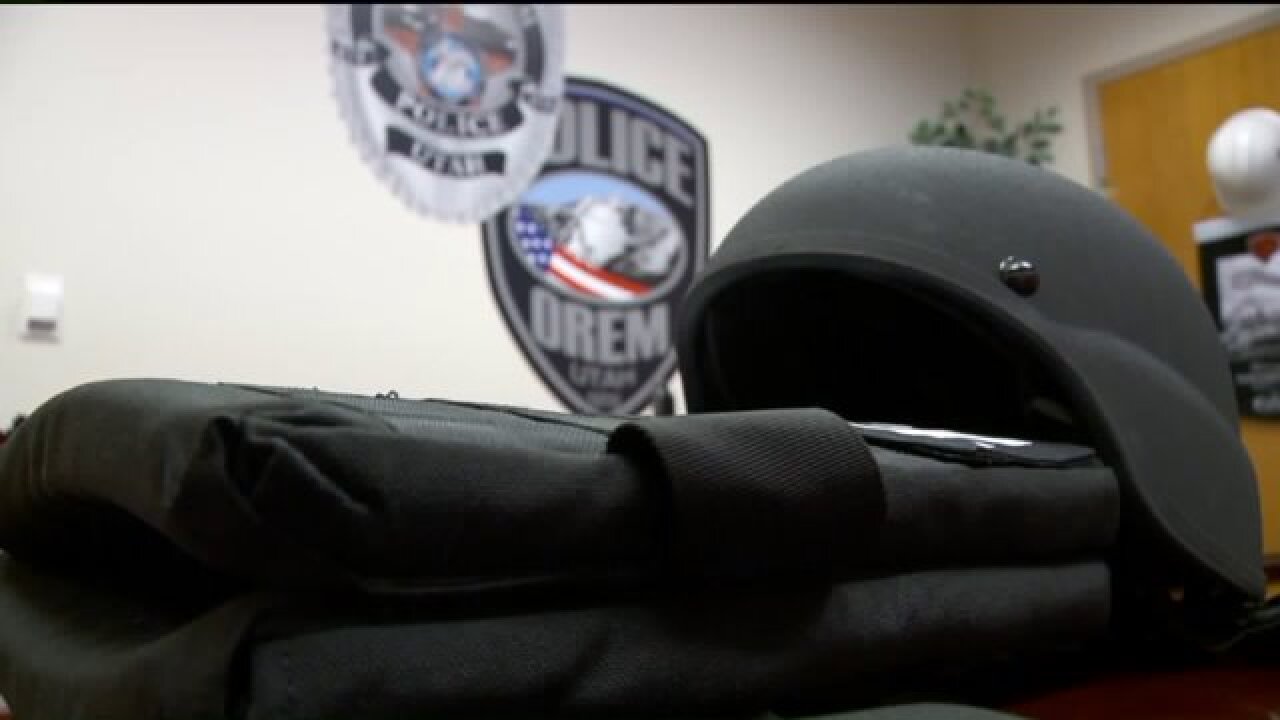 OREM, Utah -- The number of police killed in the line of duty during an ambush is up by 70 percent this year.

In July alone, five officers were gunned down in Dallas during a Black Lives Matter rally and three were killed in Baton Rouge, La. after police were ambushed while responding to a call. Many in Utah are looking for ways to better protect law enforcement in response to these tragedies across the country.

Police agencies and the community say there is a desperate need to give officers all the tools they need to help keep them safe, especially with what has been happening the past several weeks.

“It just reiterates to us why we need this type of equipment,” said Lt. Craig Martinez with Orem Police Department.

On Tuesday, Martinez showed off a new 4A Ceramic rifle plate, which is designed to stop a series of rifle rounds.  All of Orem Police Department’s 85 officers will be equipped with this along with a ballistic helmet that can stop handgun rounds.

These tools are useful during an active shooter situation.

“Obviously we hope there’s never a time that we have to wear these and use them,” Martinez said.

But police along with the community, realize danger for those in blue is only growing.

“There are huge bull's eyes on them. As of now, we have 69 killed in the line of duty as of January first -- that's sickening,” said Nannette Wride.

Wride was widowed in January of 2014 when her husband, Sgt. Cory Wride, was gunned down during an ambush in Utah County. Two shots went through the windshield, killing him.

For the past two and a half years Wride has dedicated her time in getting bulletproof windshields for police.

Tuesday for the first time three police cruisers was fitted for the armored glass.

“Super emotional. I spent a lot of time last night crying because if my husband would have had these in his car he wouldn’t be dead. Especially because his hands were on the computer keyboard,” Wride said.

Working to protect police is a promise she made to her husband.

Wride hopes to have every police car in Utah have that bulletproof windshield. As for Orem police and they will always have that new gear accessible in their patrol cars.