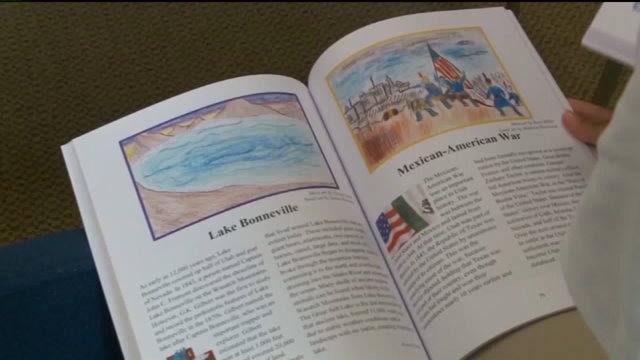 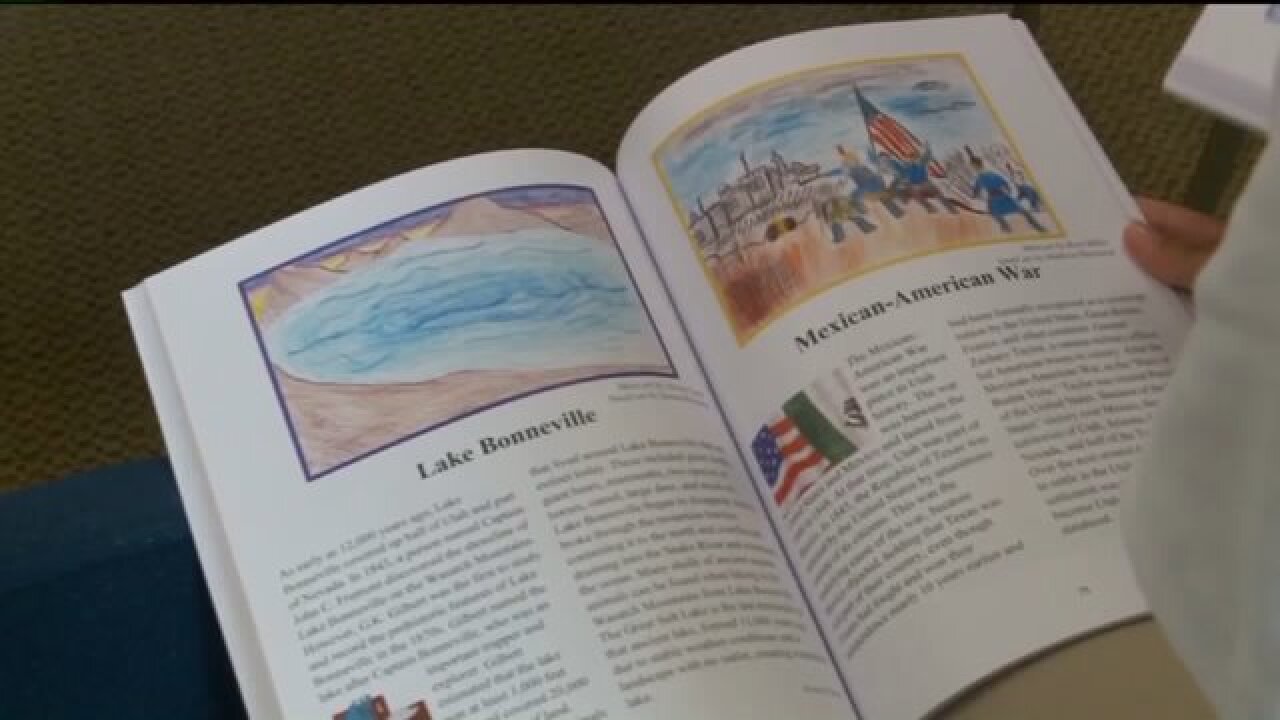 OGDEN, Utah -- Becoming a published author is hard enough work for an adult, but what about a kid?

This summer a new book hits the shelves that includes essays and illustrations from 175 middle school students in Utah.

The book is called "Utah By Kids For Kids.”

It was a three-month long social studies project by the sixth-, seventh- and eighth-grade classes at Venture Academy.

"They wrote their finest work, they did their finest art, and they helped each other along the way," said teacher Brett Cragun.

The book includes essays and illustrations from almost every student, covering Utah's people, places and past.

"Kids can do this sort of thing too, it’s not just for adults to go around and write books, kids can do it just as well," said eighth grader Megan Smout.

Students picked a topic that interested them, and ran with it. Eighth grader Leah PoVey chose the Mountain Meadows Massacre.

"I actually had the opportunity to go and interview professor Gene Sessions at Weber State and we talked for hours all about the event. It was a great resource to have," PoVey said.

Students say they never realized how much work went into getting a book on the shelves.

There is one particular section of the book that may sound familiar to FOX 13 News viewers, Uniquely Utah.

"I absolutely enjoyed that segment and said a lot of these are awesome things and I said I think we ought to have a section in our book called ‘Uniquely Utah,’" said teacher Brett McAllister. "And the kids just loved it, it's their favorite section of the book."

Uniquely Utah's own Todd Tanner visited the classroom. He said there were a few stories in the book he didn't even know about.

"I wish when I was a kid I would have had something like this just as a quick reference and get an introduction of all these things that make Utah so great," Tanner said.

"I think it's going to galvanize a lot of other students, in other schools, in other states, to do the exact same thing," said Font, of Get My Story Published.

These young authors are already soaking in the publicity, signing copies for friends and family.

"I mean how many kids get to say they are published authors at age 13," PoVey said.

“Utah By Kids For Kids,” is available in local Ogden book stores as well as on Amazon. Venture Academy says they plan on publishing a new book about Utah every three years.