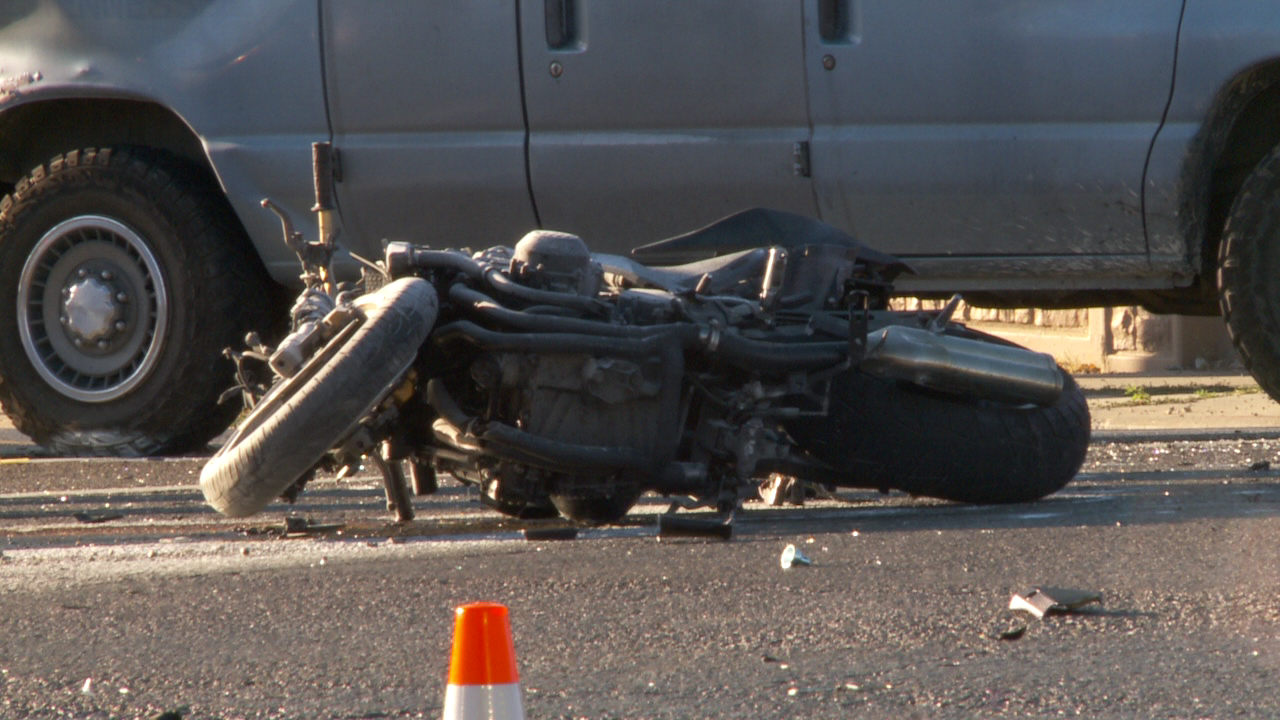 WEST VALLEY CITY, Utah – A man on a motorcycle was killed in crash in West Valley City Wednesday morning, and police said the crash occurred as two motorists attempted to beat a red light.

Lt. Lex Bell of the Unified Police Department said the crash occurred around 6:30 a.m. at the intersection of 5600 West and 5400 South.

A motorcycle was traveling northbound on 5600 West while a van traveling southbound turned to go east at the intersection.

“So it sounds like both making an effort to make it through the light,” Bell said. “The motorcycle accelerated from a distance back, hit the rear part of that van with pretty significant impact, spun the van all the way around. The motorcycle caught on fire after it landed on the ground. The motorcycle rider was thrown from the bike.”

Stone Feather Donald Brisbane, 20, was the man on the motorcycle, and he suffered fatal injuries despite wearing a helmet and safety gear. Bell said the speed and force of the impact was such that the crash was not survivable even with protection. The vehicle fire did not contribute to the man’s injuries.

Bell said motorcycles are hard to see, and he encouraged motorists to pay extra attention when driving, especially when approaching intersections.

“When you’re turning left you are obligated to let the traffic going straight have that right of way,” Bell said. “However, if you’re far enough back that… you have to accelerate hard to make it through [a yellow light], that’s the wrong decision. Instead, you need to apply your brakes and stop.”

Bell said the better course of action is to wait for the next green signal. He said the time you may save rushing to beat a light isn’t worth the risk.