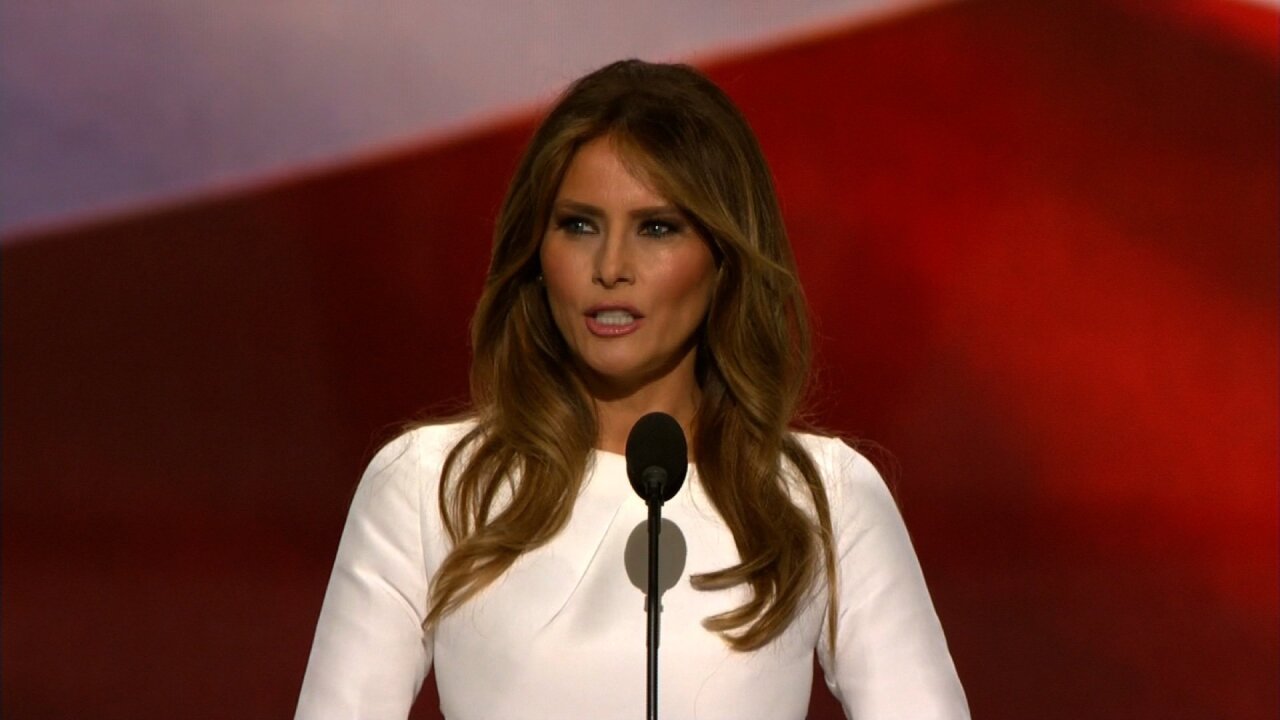 CLEVELAND (CNN) — A Trump Organization staffer identified herself on Wednesday as the person responsible for plagiarism in Melania’s Trump convention speech and offered her resignation.

Meredith McIver apologized in a statement sent out by the campaign and said Donald and Melania Trump did not accept her resignation.

McIver explained that she included the passages from Michelle Obama’s speech after listening to Melania Trump read passages from the 2008 speech.

“Over the phone, she read me some passages from Mrs. Obama’s speech as examples. I wrote them down and later included some of the phrasing in the draft that ultimately became the final speech. I did not check Mrs. Obama’s speeches. This was my mistake, and I feel terrible for the chaos I have caused Melania and the Trumps, as well as to Mrs. Obama. No harm was meant.”

The statement comes more than 36 hours after reporters uncovered striking similarities between the two speeches — during which time the controversy cast a shadow over Trump’s nominating convention and distracted from coverage of the lineup of speakers.

In that time, the Trump campaign refused to acknowledge the incident as plagiarism, reverted to slamming the media and insisted it was moving on, with no plans to fire any staffers.

“The speech was very effective and communicated those feelings,” Trump campaign chairman Paul Manafort said Tuesday on CNN’s “New Day.” “The controversy you’re talking about is not meaningful at all. She’s not a candidate for office. She was expressing her personal feelings about her country and her husband and why he’s best for the United States.”

Manafort on Wednesday agreed Melania Trump’s speech used “similar words” to Obama’s and insisted, “I’m not lying about anything.”

The Republican National Committee also boosted the Trump campaign’s defense, with its communications director Sean Spicer slapping down plagiarism charges by pointing to similar words and themes in everything from John Legend songs to “My Little Pony.”

Trump, for his part, pressed forward with the strategy of attacking the media as late as an hour before the campaign statement Wednesday.

“The media is spending more time doing a forensic analysis of Melania’s speech than the FBI spent on Hillary’s emails,” Trump said in a tweet.

TO WHOM IT MAY CONCERN:

My name is Meredith McIver and I’m an in-house staff writer at the Trump Organization. I am also a longtime friend and admirer of the Trump family.

In working with Melania Trump on her recent First Lady speech, we discussed many people who inspired her and messages she wanted to share with the American people. A person she has always liked is Michelle Obama. Over the phone, she read me some passages from Mrs. Obama’s speech as examples. I wrote them down and later included some of the phrasing in the draft that ultimately became the final speech. I did not check Mrs. Obama’s speeches. This was my mistake, and I feel terrible for the chaos I have caused Melania and the Trumps, as well as to Mrs. Obama. No harm was meant.

Yesterday, I offered my resignation to Mr. Trump and the Trump family, but they rejected it. Mr. Trump told me that people make innocent mistakes and that we learn and grow from these experiences.

I asked to put out this statement because I did not like seeing the way this was distracting from Mr. Trump’s historic campaign for president and Melania’s beautiful message and presentation.

I apologize for the confusion and hysteria my mistake has caused. Today, more than ever, I am honored to work for such a great family. I personally admire the way Mr. Trump has handled this situation and I am grateful for his understanding.