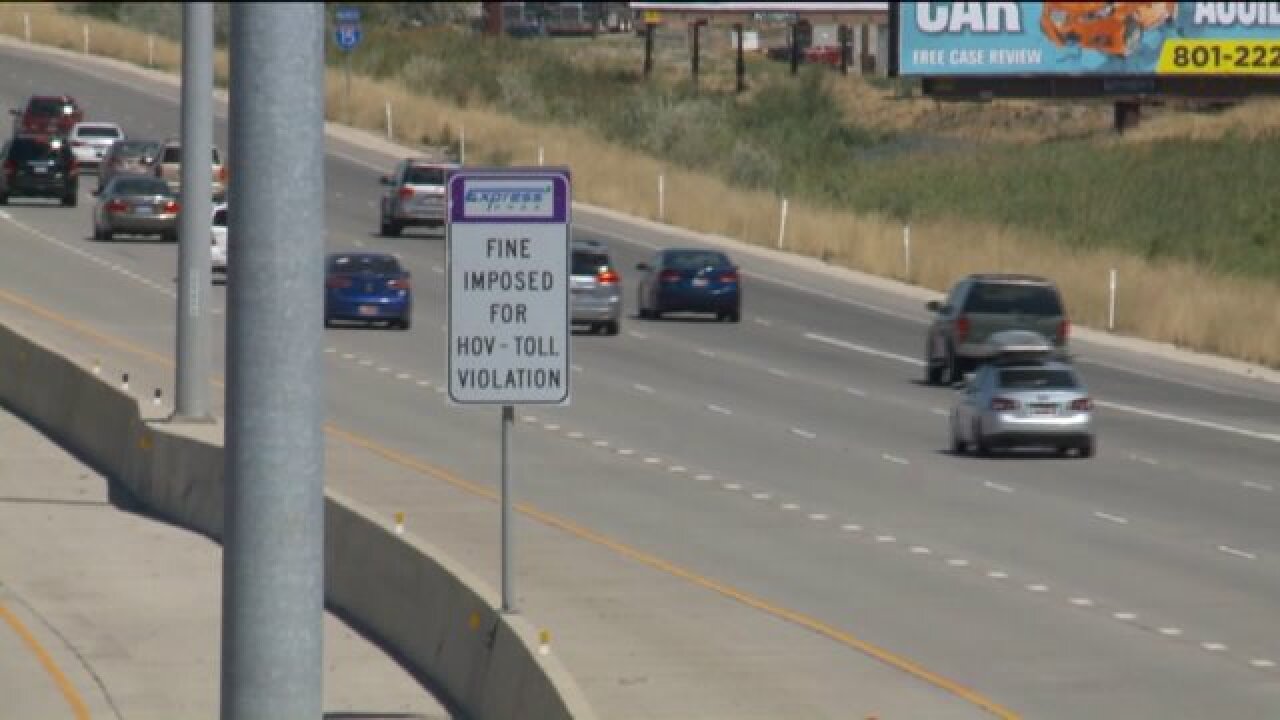 PROVO, Utah -- A Brigham Young University study shows a high volume of drivers violate the HOV lanes along I-15.

“We have a real problem with violators in the HOV Lane,” said UDOT spokesperson John Gleason. “About 20 percent of people you see driving in the HOV Lane shouldn't be there.”

The study showed even higher numbers of violators after researchers teamed up with UDOT. They studied rush hour times and off-hour times (between noon and 2:00 p.m.) for comparison.

“They drove a lot of miles with about four students in a car,” said Grant Schultz, BYU lead author on the HOV Lane violation study. “They drove thousands of miles and collected about 15,000 data points.”

Schultz said the researchers drove between U.S. 6 in Spanish Fork all the way to 2300 North in Salt Lake City.

They found the most violators during the morning rush hour while traveling northbound between 14600 south and 7200 South. They found 33 percent of drivers in the lanes at those times and places were violating the law.

During the rush hour after the work day, the higher number of violators was in the southbound lanes between Midvale and Draper, from 2300 North to 7200 South. About 21 percent of drivers in the HOV lanes were violating the rules.

The good news is UDOT and BYU researchers believe the problem can be fixed.

“We want to keep Utah moving," Gleason said. "We want to keep traffic moving as much as possible. We really have to cut down on those violations, and the way to do that is increased education coupled with the enforcement."

“To me the next step would be to continue to monitor and see if we see any improvement,” Schultz said.

Schultz said if the number of violators does not decrease, then UDOT could implement a higher vehicle occupancy rule (at least three people in your car) or create a higher toll rate.

For more information about the rules regarding express lanes/HOV lanes, click here.