AMERICAN FORK CANYON, Utah -- Three people were injured when a Utility Task Vehicle exploded in American Fork Canyon and sparked a wildland fire, and campers were being evacuated from the area Sunday afternoon.

Lone Peak Fire District stated three people were injured and that one of those victims was taken to the University of Utah Hospital burn center in serious condition.

A Spanish Fork man was riding on the trail with his family when he heard about the fire, and the trained EMT rushed up to help.

Steven Fortune said a passerby first told him of the fire.

"They told us, 'Hey, there's a fire going on up there. People were injured,'" he recounted.

Video captured by Scott Peacock shows the UTV completely engulfed in flames. Peacock said they encountered the blaze as they rounded a corner, and members of their group drove a wounded girl to a hospital while others sought out a ranger station for help. Photos from David Haynes show the burned UTV and the early stages of the fire.

Fortune arrived on the scene after that, and he said he was told the girl as well as a woman suffered burns in the explosion.

He said two other men also riding in the UTV conveyed it was rented and the vehicle somehow exploded.

"The fire was spreading up the hill," he said. "They jumped up the hill and they started beating the fire with branches and stuff trying to put it out."

Fortune and several others who stopped on the trail also began to help. He said they were only equipped with water bottles, but they gave every effort to get the blaze under control.

"We were just dumping water on the fire," he said.

Fortune said a Department of Natural Resources officer showed up to the scene, and both of them used shovels and fire extinguishers, but the fire continued to spread. Eventually he left it completely up to state and local agencies.

"We started getting people to head down, get to safety because the fire was spreading quite a bit," he said.

Stacey Weems from the U.S. Forest Service said two helicopters are making water drops and two aircraft have been dropping retardant on the fire.

She said the fire is 12 acres and not contained.

The fire is burning at the junction of Major Evans Gulch and the North Fork of the canyon, and fire officials are calling it the Major Evans Fire.

Evacuations have occurred at Silver Lake Flats and Dutchman Flat road, said KJ Pollock, a spokeswoman for U.S. Forest Service. Residents are being asked to avoid the area of American Fork Canyon as crews respond to the fire. 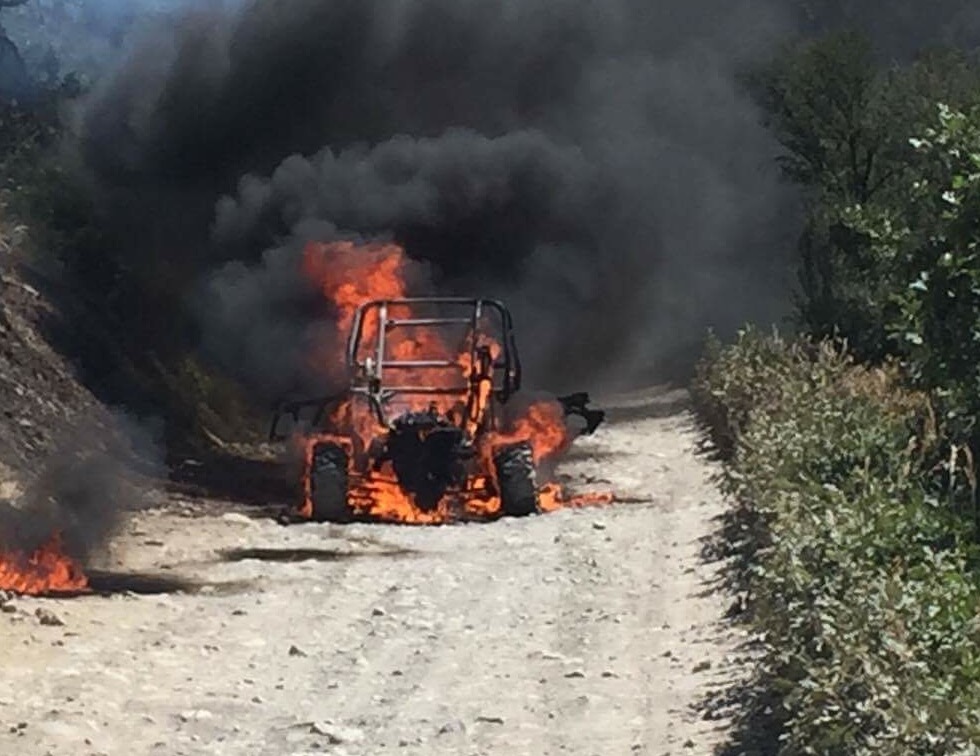