CLEARFIELD, Utah — Flames shot 30 to 40 feet in the air on Main Street in Clearfield Monday as a vitamin supplement laboratory burnt to the ground.

The lab, Balchem Chemicals, is located on 101 N. Main Street. Those from Clearfield may know it better by its previous name, Albion Laboratories.

Giant clouds of smoke smothered Main Street and the surrounding blocks, as neighbors stood on every corner watching and wondering what happened.

"I was very scared, because with it so hot and as dry as it is and with everything going on you don't know if it's going to spread," said neighbor Melissa Hunter.

According to the North Davis Fire District, there were 12 employees inside at the time, all of them made it out safely. However, what remained inside was the biggest concern for firefighters.

"We had potential for explosions from a number of 55 gallon drums of ethanol that were stored in the back of the structure," said Mark Sessions of the North Davis Fire District.

A few minor explosions did take place, which was the last thing one local business owner wanted to hear considering she operates a gas stations next to the lab.

"I was just like stay on the other side of the building whatever you do, but I was really thankful that a Hill Air Force Base fire truck was in our parking lot because they were very good," said Cindy Percipal of Walt's Gas Station.

Most nearby businesses shut down for the day, as more than 1,900 lost power. People said they couldn't stand to be in the area anymore, many of them evacuating on their own.

Six firefighters were also taken to the hospital due to heat but all of them are expected to be OK.

"It puts a strain on these guys and gals, these people have been through a hellacious firefighting experience today and they came through wonderful," Sessions said.

North Davis Fire District is calling the lab a total loss, an estimated $5 million in damages. The cause of the fire is still under investigation. 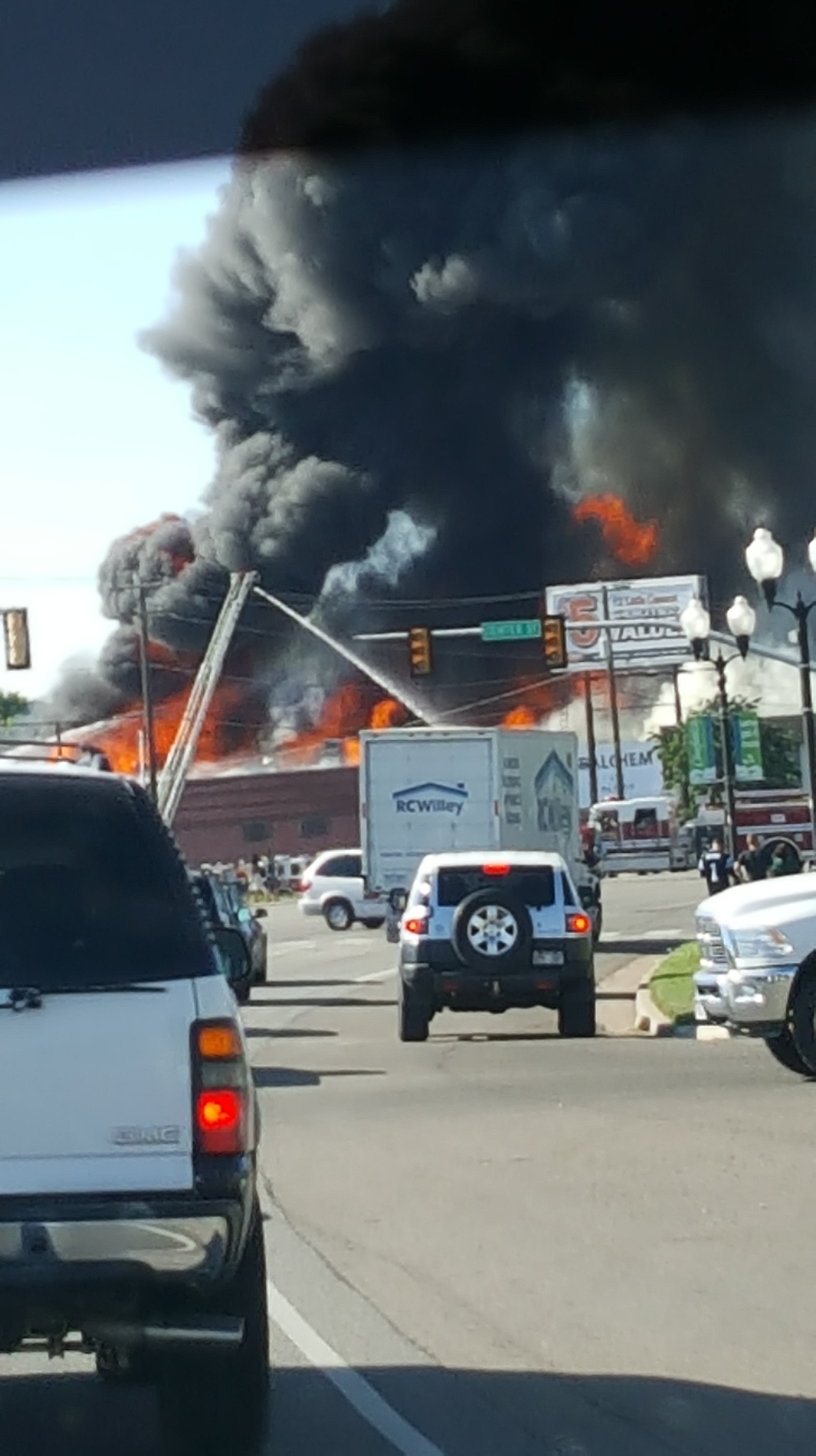