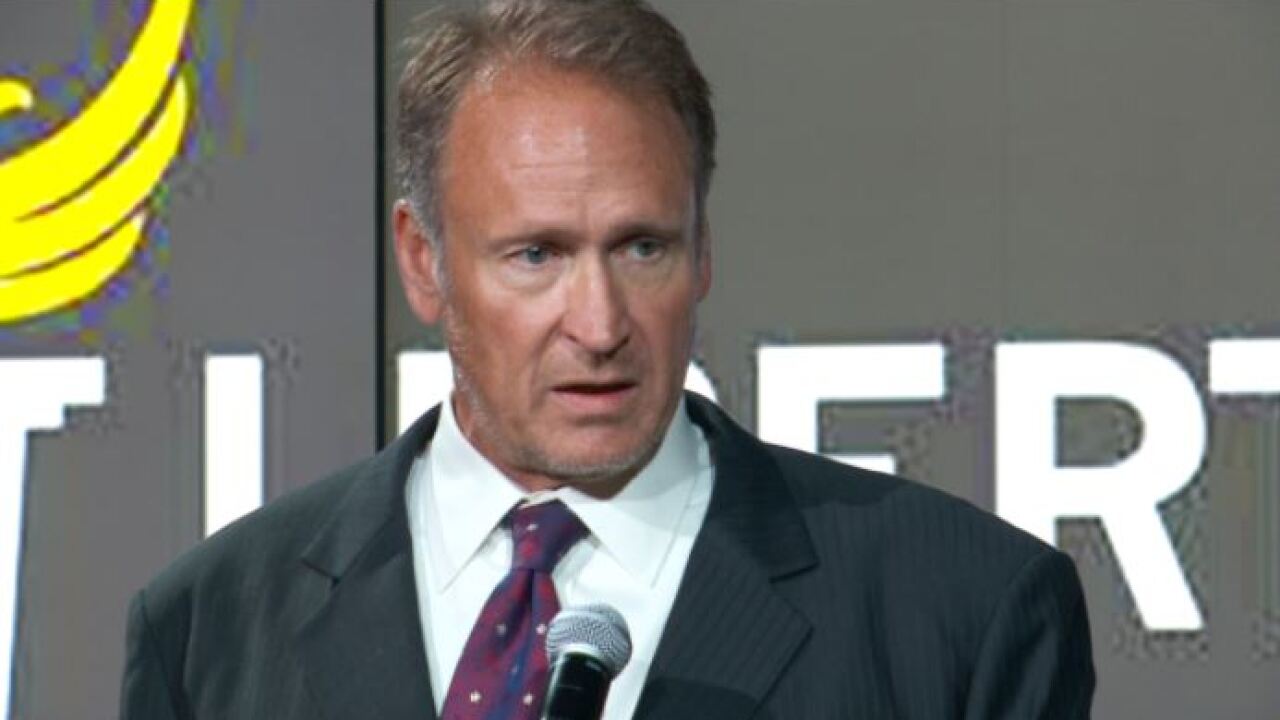 SALT LAKE CITY — Questions about whether or not Donald Trump can win over Utah Republicans continue, even after the Republican National Convention. For one prominent member of the Utah Republican party, the question is over.

“Today I announce that I am joining the Libertarian party and will support the Libertarian presidential ticket of Governor’s Gary Johnson and Bill Weld,” said Sen. Mark Madsen from Saratoga Springs.

Madsen is well known for his medical marijuana bill he attempted to pass through the Utah legislature this past session, which failed. He is not seeking re-election and has plans to move to South America.

It makes the senator’s party switch largely symbolic, but the reason he gave on Monday, is exactly what the Trump campaign fears.

“I join a party of my own free will based on how well it reflects my own personal principles,” Madsen said. “The Republican party all too often promotes policies, which deny individuals the freedom to make a choice to being with.”

The endorsement is a big win for Libertarian Gary Johnson.

The Johnson campaign headquarters are in Salt Lake City, perhaps an effort to target Republican voters, like Madsen, who are fed up and unwilling to line up behind Trump.

“This is the start of a tidal wave of people realizing…the party that they knew is dead,” said Nicholas Sarwark, Chairman of the Libertarian Party.

For now, the tidal wave Sarwark is referring to is small, but it grew with one big voice, Senator Mark Madsen, now a Libertarian.