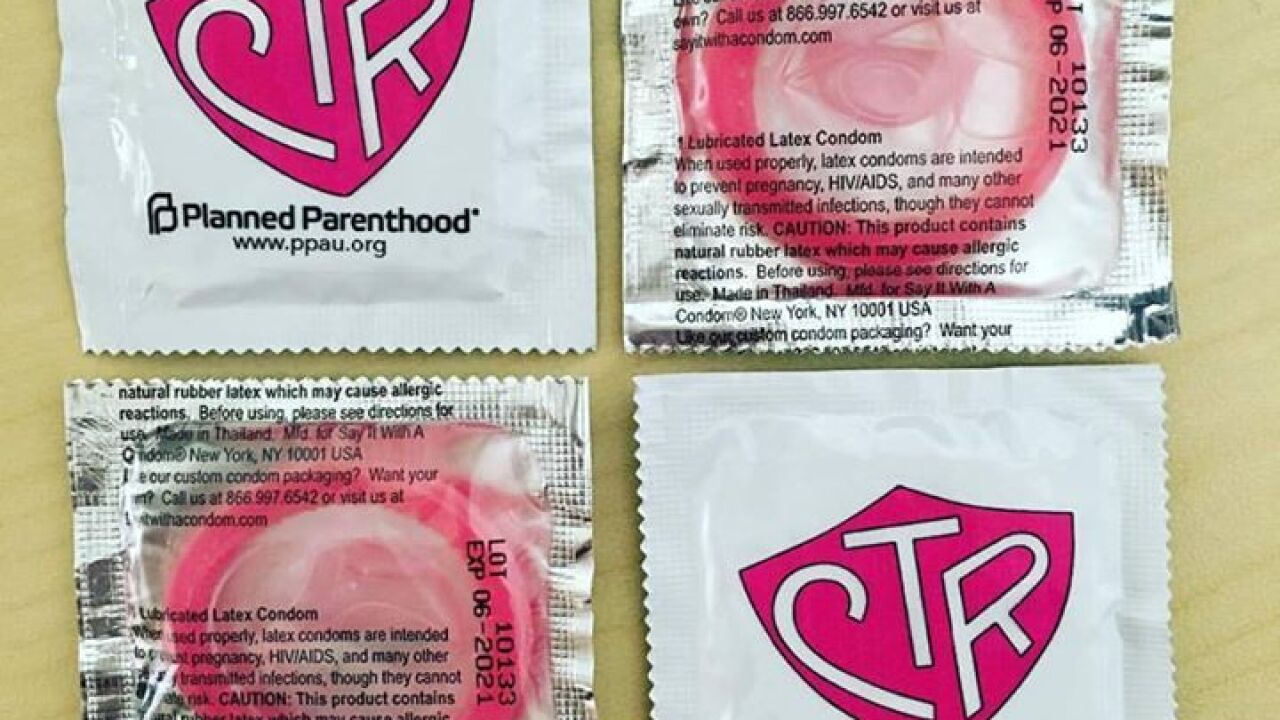 UPDATE: The Planned Parenthood Action Council of Utah now says it will not be handing out the CTR condoms after all the recent controversy.

“PPAU has designed a special run of CTR condoms to give away at the 2016 Salt Lake Summer Symposium of Sunstone Magazine. Our intent was never to offend, but to use the idea of “choosing the right” to spark open, honest conversations about sexual health and contraception. We strive to be sensitive to our community and after listening to feedback, we have decided to remove the photo from our Facebook page.”

SALT LAKE CITY - A post from the Planned Parenthood Action Council of Utah is sparking controversy on Facebook.

The organization posted a photo of "Choose The Right" condoms in what it says is an effort to start a conversation about condom use and safe sex in the "big-tent LDS community."

If the goal was to foster conversation, mission accomplished.

However, it may not be the type of talks the organization had in mind.

Many commenters are posting about outrage at the idea of the prophylactic being associated with The Church of Jesus Christ of Latter-day Saints.

The post has since been removed and this was posted in its place:

“CTR is a registered trademark owned by the Church and its affiliated organizations. We have not given Planned Parenthood permission to use it.”

Displayed on the packaging for the condoms was a pink shield with the letters CTR written across it. The logo resembles the symbol and message from The Church of Jesus Christ of Latter-day Saints to ‘Choose the Right.’

Young children are encouraged to make wise choices before they are baptized at age 8, and they wear rings with the symbol on them as a reminder.

“The CTR symbol is a symbol of the innocence and the goodness of young children," Chris Williams said. "To use that in a sexual context, I find that mildly offensive."

Williams is a member of the LDS Church and father of 6-year-old twin girls.

“My daughters are in, their class is called CTR at church," he said. "Their potential is so much more than their sexual choices.”

He’s also an attorney who criticized the tongue in cheek messaging and says the group could be violating a trademark.

“If they used the phrase 'Choose the Right', they would probably be fine, or the letters CTR,” he said.

PPAU says they will not be distributing the CTR condoms.

“I hope they'll think about it a little more carefully in the future before they decide to parody things that are special and sacred to people," Wiliams said.

What do you think about the idea? Conversation-starter or offensive? Share your thoughts in the Facebook comments below.