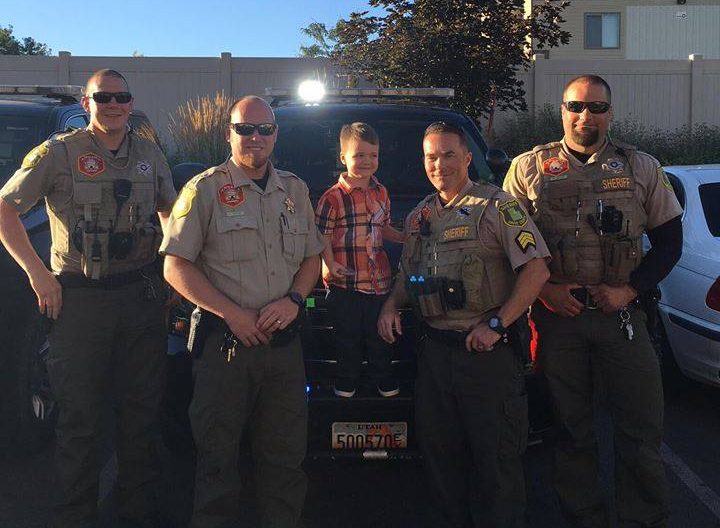 DAVIS COUNTY, Utah – A Utah father concerned about the negativity surrounding law enforcement and how it could affect his son is going viral.

Davis County dad Austin Jones says he wants his son to have a positive opinion of officers so he stepped up and took action.

Jones and his son took an entire crew of Davis County deputies out to dinner.

He says his son spent time with the deputies and the quality interactions left a positive impression.

The post says deputies appreciate the family not believing all the negative stories out there.