GRANTSVILLE, Utah -- A community event held in Grantsville Saturday afternoon experienced some chaotic moments as a microburst tore through the area, damaging several awnings and temporarily turning the outdoor market into a mess.

The third annual Grantsville Summer Boutique was held in a field behind Casa Del Rey, a Mexican restaurant located at 533 East Main Street, and there were approximately 50 vendors assembled when a microburst tore through between 1 and 1:30 p.m.

Brandon Meckley was among the vendors who set up shop for the Summer Boutique, and he captured a video of the microburst as well as photos of the mess it left behind. Meckley said the weather grew more intense after he stopped filming, but he said had to put the camera down to secure his awning and look after his children. 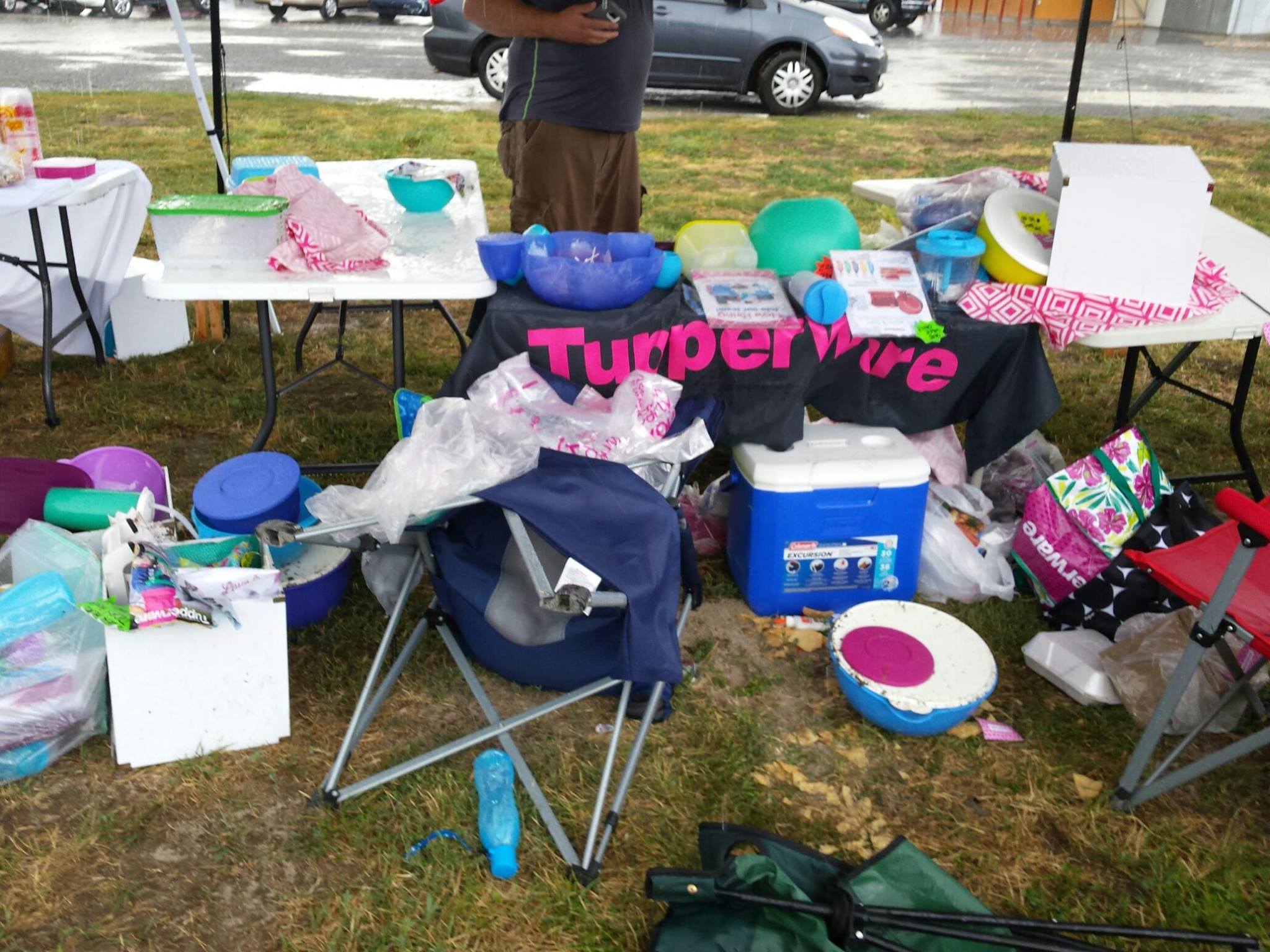 Meckley said a few people had cuts or scrapes from being hit by items or awnings caught by the wind, but he said no one was seriously hurt. According to the event's Facebook page, the microburst "totally devastated our event!!" but a few vendors remained to keep the event going.

The event organizer said she would remain until the last vendor left, and she invited shoppers to come out and, "see our muddy mucky mess." Another comment on that post indicated that at least nine canopies were destroyed by the weather. Several parts of the state saw inclement weather Saturday, track the weather in your area here.

The event was scheduled to run until 6 p.m., according to the Facebook page.