BOX ELDER COUNTY, Utah -- A wildland fire burning near Plymouth has grown to more than 5,580 acres and two nearby farms have been voluntarily evacuated as crews battle the blaze.

As of just before 8:30 p.m., the fire has burned more than 10,000 acres. Two farms nearby are under voluntary evacuations.

Richards said winds have varied between 5 and 10 miles per hour throughout the day, causing the fire to grow and spread.

"It's got about 4 miles to go before we worry about evacuations," he said of the distance the fire would have to travel before homes were threatened.

“I'm glad the wind is blowing that way," said Robert Hardy and his wife, whose home sits roughly two miles east of the fire. "I'm hoping it doesn’t jump the freeway and come over here.”

More than 100 firefighters from eight fire departments have responded, and air resources are dropping water on the blaze from above. Fire crews say strong winds in the area have contributed to the fire's growth and are pushing it in the direction of a residential area.

However, firefighters believe the speed of the fire is such that they should be able to contain it before any homes are threatened.

The cause of the fire is unknown. FOX 13 News' Jeff McAdam is at the scene as crews continue to battle the blaze, watch News at Nine Wednesday for his live report. 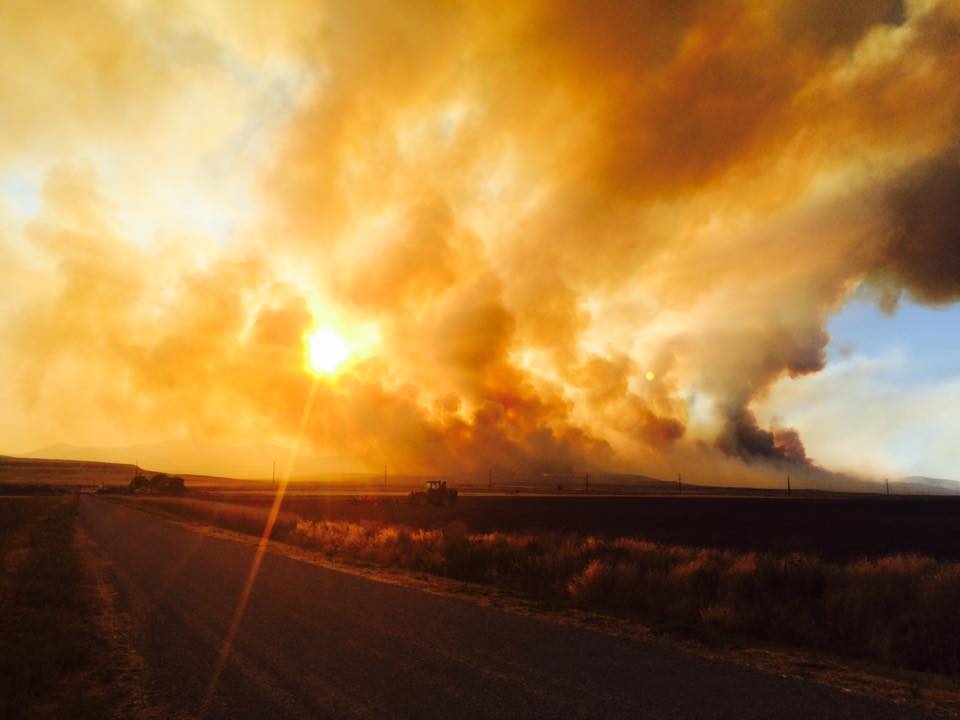 Smoke from a fire in Plymouth blocks out the sun pic.twitter.com/T6Q7vs6Iel