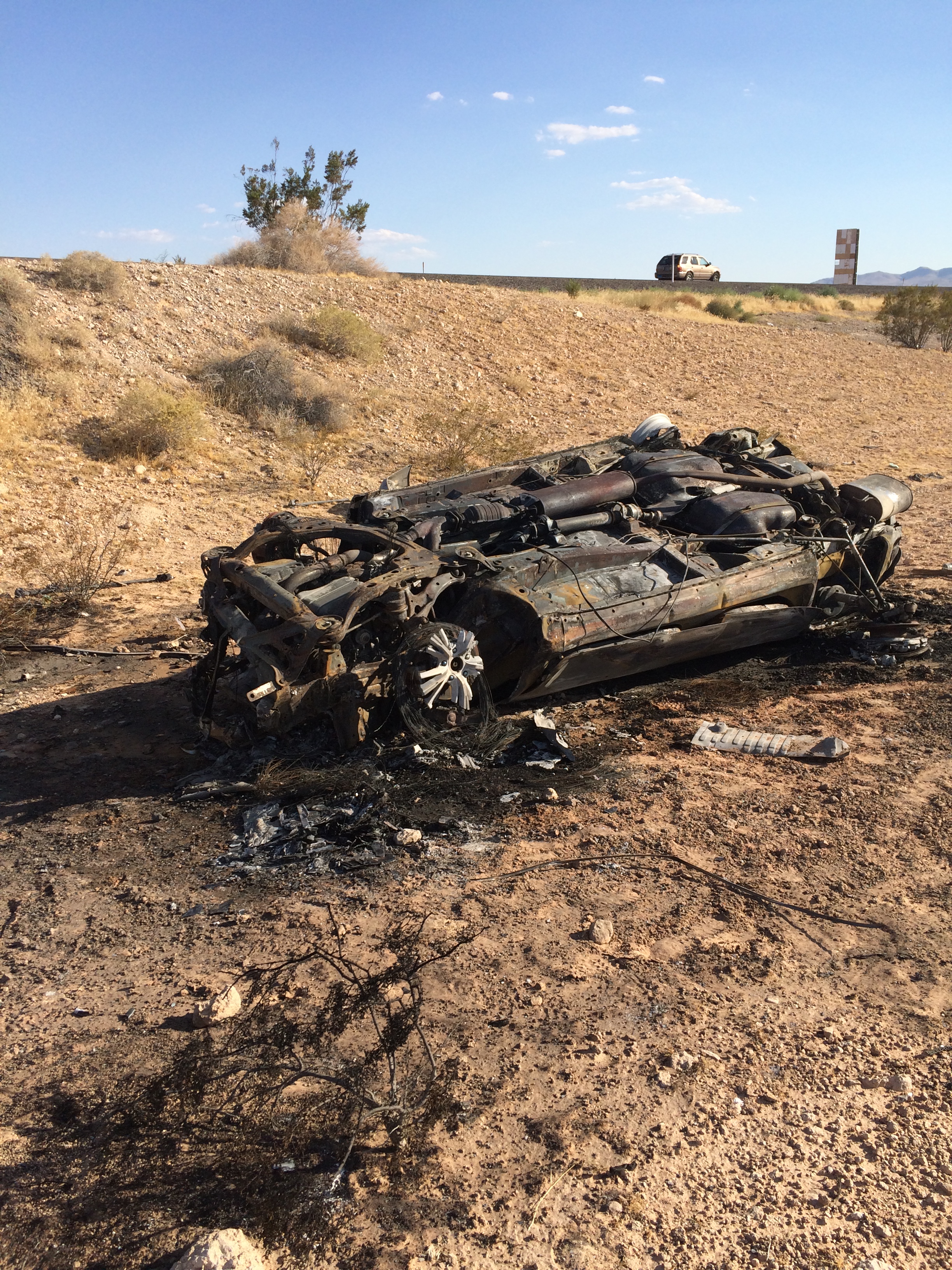 NEVADA — Three people are dead and two people are in critical condition after an SUV with a Utah license plate crashed on I-15 in Nevada and then caught on fire.

Trooper Jason Buratczuk of the Nevada Department of Public Safety said the single-vehicle rollover occurred on southbound I-15 near mile marker 75 just after 3 p.m.

A Toyota Highlander with a Utah license plate crashed and caught fire afterward. There were five occupants inside, three of whom were ejected.

Another two passengers, one male and one female, were airlifted to University Medical Center in Las Vegas in critical condition.

Police have not yet identified the victims of the crash. They said that effort has been hampered, as part of the vehicle’s license plate was burned in the fire.

The cause of the crash is unknown. FOX 13 News will have more information as it becomes available.