Mom, 9-year-old son ejected in single-car crash on I-15 near St. George 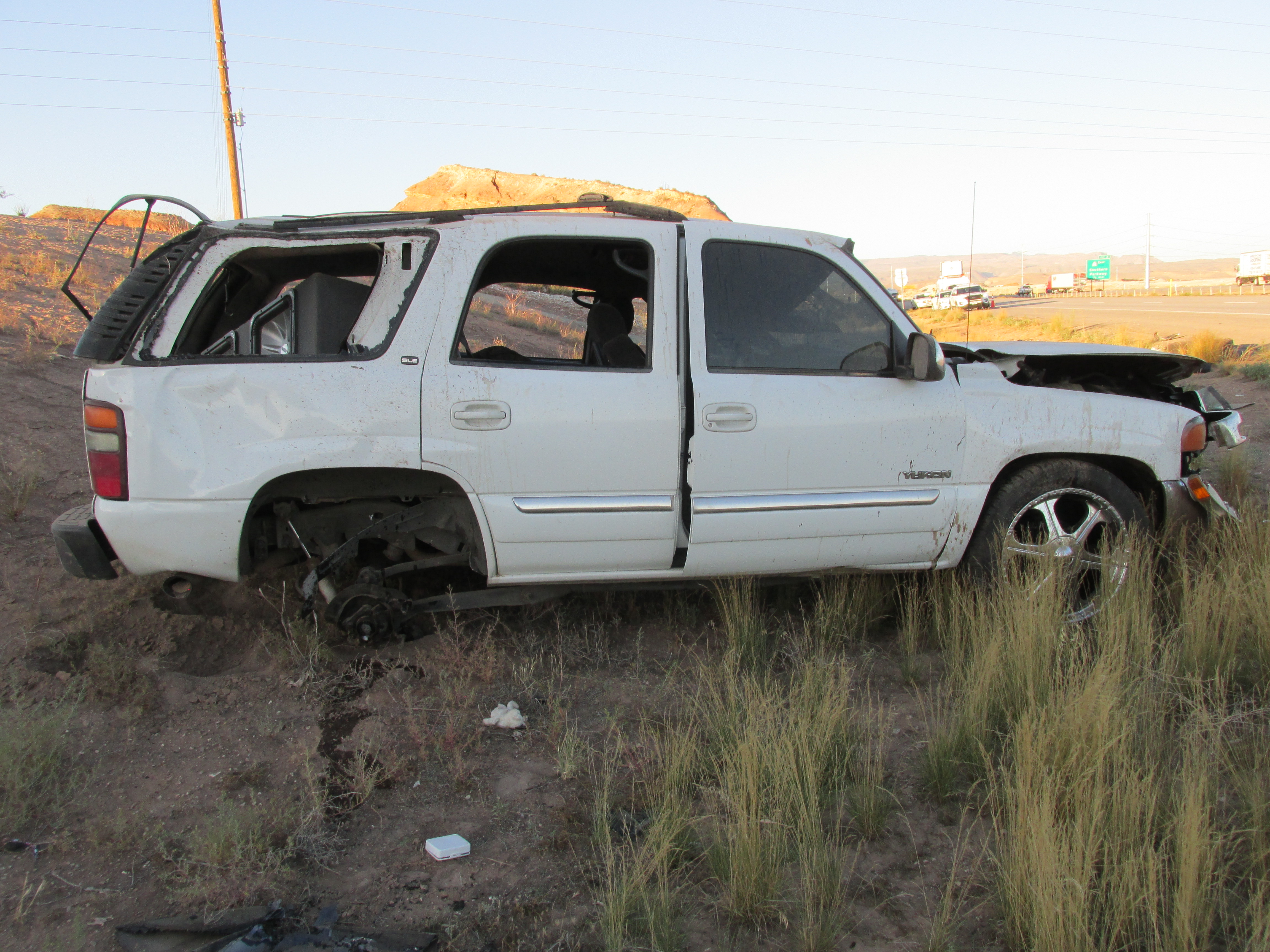 ST. GEORGE, Utah — A mother and her young son were ejected after a single-vehicle car accident near St. George on Interstate 15, Monday morning.

The accident occurred in northbound lanes near mile marker 3. The driver, identified as Gonzalo Garcia, of Azusa, Calif., was driving a white GMC Yukon. His wife, 9-year-old son and daughters, ages 10 and 7, were also occupants in the vehicle.

At about 6:48 a.m., Utah Highway Patrol states, Garcia apparently apparently fell asleep at the wheel causing their car to drift left into the dirt median.

The driver awoke, corrected and crossed back over the freeway to the right and into the dirt shoulder, UHP states. At that point, the wheels dug into the dirt causing the car to rotate then roll at least twice, coming to rest on its wheels.

Authorities say it appears Garcia was wearing a seat belt. However, the driver’s wife, Silvia Garcia-Quinones and 9-year-son were ejected.

They were not wearing seat belts.

Garcia-Quinones is in stable but critical condition.

The two girls are in good condition.

Speed, drugs or alcohol are not suspected. UHP states driver fatigue is believed to be the cause of the crash.