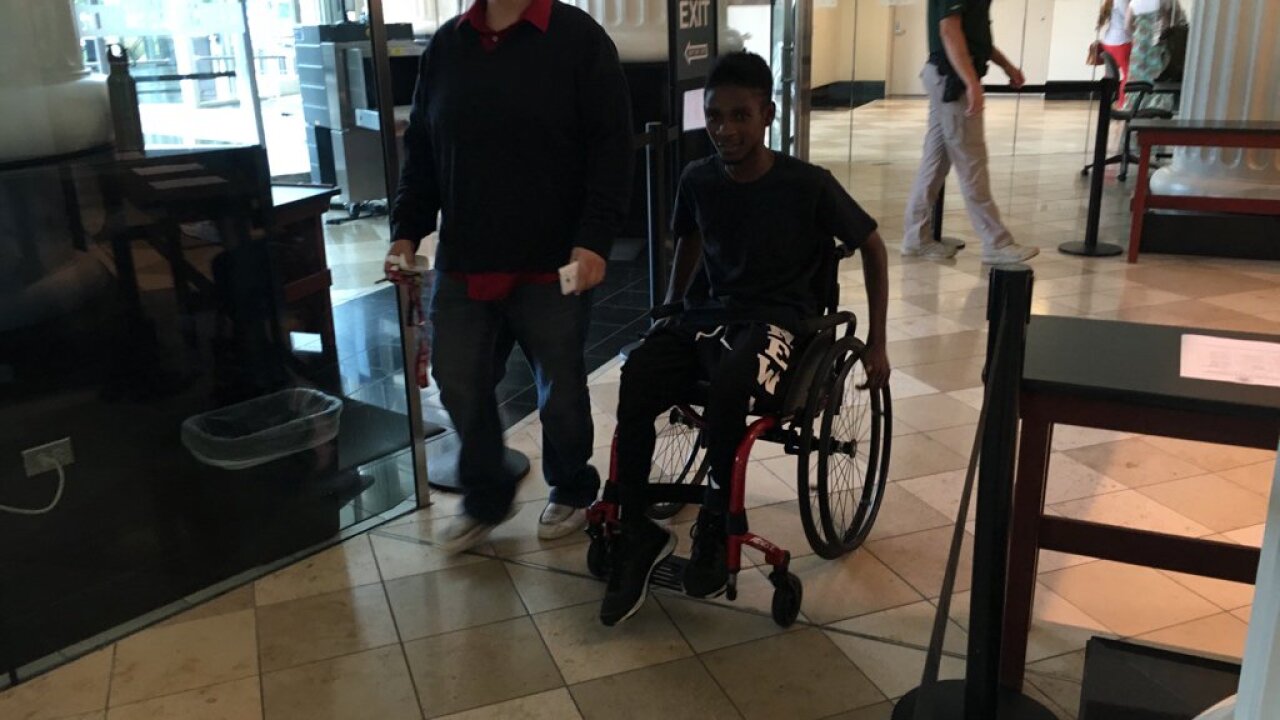 SALT LAKE CITY -- A teen shot by two police officers outside the downtown homeless shelters made his first court appearance on charges that led up to the shooting.

Abdullahi "Abdi" Mohamed appeared before a juvenile court judge on Wednesday to face charges of aggravated robbery and possession of a controlled substance with intent to distribute.

His appearance comes two days after Salt Lake County District Attorney Sim Gill declared the shooting of Mohamed "justified" and then filed charges against him. Prosecutors allege Mohammed beat a man with a metal rake handle outside the shelters in the Rio Grande neighborhood on Feb. 27, robbing him of $1.10. Prosecutors accuse Mohamed of dealing meth in the neighborhood.

Police said they responded to the attack and ordered Mohamed and another man to drop metal objects. When Mohamed refused to comply, police claim, he was shot.

The shooting has sparked numerous protests, including one outside City Hall on Tuesday night.

On Wednesday, Mohamed used a wheelchair to get in and out of court. His attorney, Sam Pappas, said he was still dealing with the effects of the shooting.

Mohamed waived his speedy trial rights. Third District Juvenile Court Judge Julie Lund scheduled a hearing Oct. 3 where she will decide if there is enough evidence to make him stand trial. Salt Lake County prosecutors have sought to have Mohamed tried in the adult court system. He is 18 now, but was 17 at the time of the alleged crimes.

FOX 13 typically does not name juvenile defendants, but Mohamed's family publicly identified him in the aftermath of the shooting.