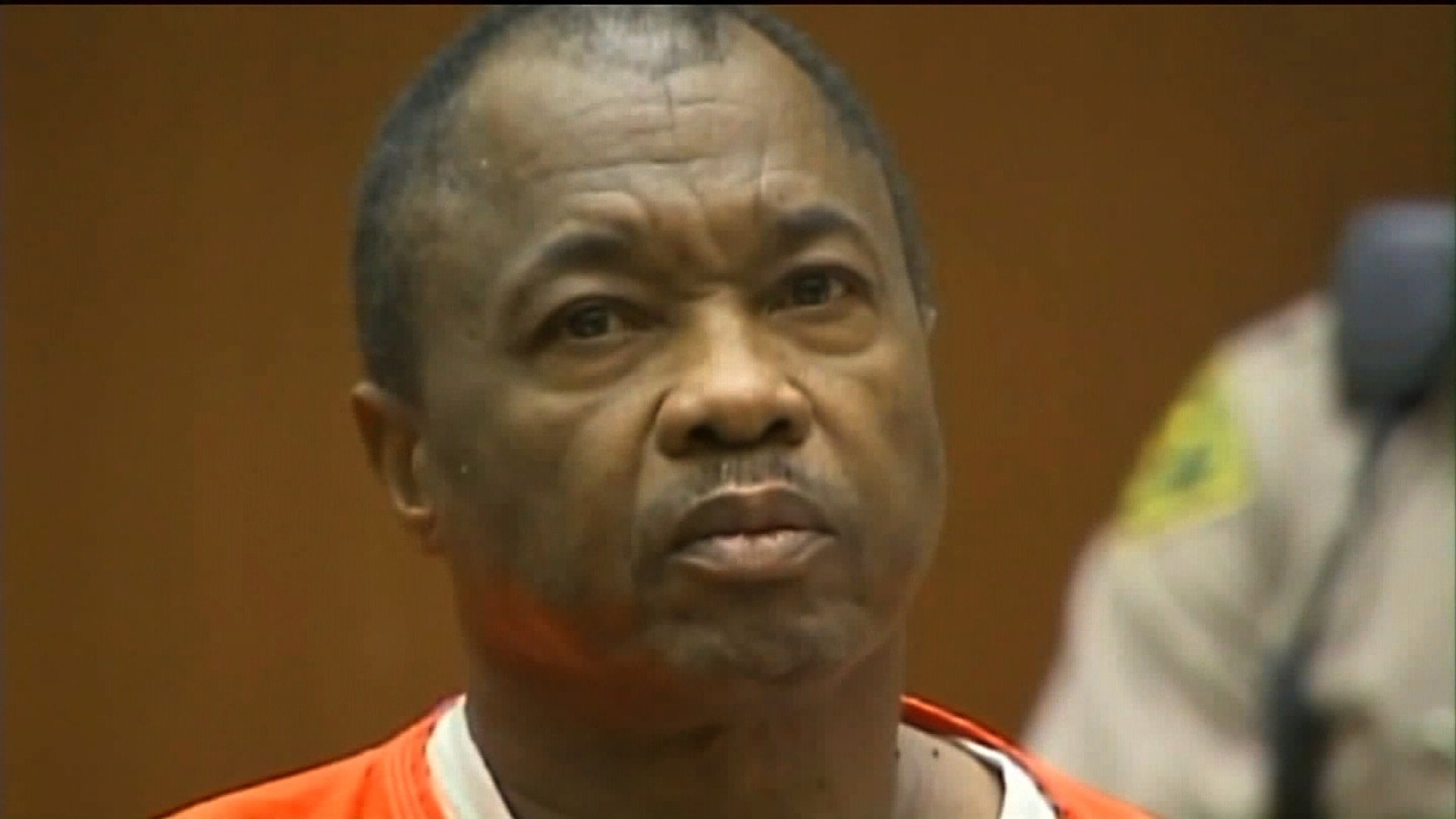 (CNN) — One of the most prolific serial killers in California history, a 63-year-old man dubbed the “Grim Sleeper,” is headed to death row.

Franklin terrorized south Los Angeles in a string of murders over a 22-year period, from 1985 to 2007. He was dubbed the “Grim Sleeper” because of a gap between killings attributed to him. His victims were all women, and one was a 15-year-old girl. Prosecutors also have linked him to additional slayings.

Judge Kennedy denied the defense’s motion for a new trial, and rejected their motion to reduce the punishment to life in prison without parole.

“At the end of the day the issue for the court is whether the evidence supports the jury’s verdict in this case — which was their conclusion that the aggravating circumstances so outweigh the mitigating circumstances that death is appropriate,” Kennedy told the courtroom.

“I find that the aggravating circumstances do so substantially outweigh the circumstances of mitigation as to warrant death — and that the jury’s verdict imposing the death penalty is fully supported by the law and the evidence presented at this trial.”

Franklin, who has close cropped hair and wears glasses, stared straight ahead and remained silent as more than a dozen relatives and friends of the victims spoke Wednesday inside a hushed courtroom. Some broke down as they described their loved ones, others commented on his stoic appearance in court.

“You sit there with a blank face, since the whole trial, no remorse, no nothing, but today is our day,” said the sister of one victims, holding back tears.

“She still talks to me in my dreams,” said another woman, who said she lost “her best friend, her sister, her everything”.

“You are truly a piece of evil,” said a third woman.

“No one expects to bury their child, but that’s what my husband and I had to do,” said the mother of a 23-year-old victim.

DNA evidence to the rescue

Franklin was arrested in July 2010 through DNA technology that did not exist in the 1980s when the initial killings happened.

Prosecutors built their case on that DNA evidence, including Franklin’s saliva on many of his victims’ bodies, along with ballistic evidence and the testimony of a surviving victim.

During the three-month trial featuring the testimony of more than 60 witnesses, prosecutors portrayed Franklin as a sexual predator who killed his victims, then dumped their bodies in alleys and dumpsters in South Los Angeles, all within a few miles of his home. Most wore disheveled clothing suggesting they had been re-dressed and moved, Deputy District Attorney Beth Silverman said in her closing argument. They carried no identification.

During this penalty phase, prosecutors introduced evidence tying Franklin to four additional deaths of women between 1984 and 2006.

The jury also heard from a woman from Germany whom Franklin kidnapped and raped in 1974 while he was in the U.S. Army.

The one victim who survived testified that Franklin coaxed her into his orange Pinto in 1988 and, without warning, pulled out a handgun and shot her in the chest. Enietra Washington said she remembered Franklin climbing on top of her and a camera flashing as she lost consciousness.

He pushed her out of the moving car, assuming she was dead, Silverman said.

The prosecutor also reminded jurors of a videotaped police interrogation of Franklin, played during the trial, in which she said the accused killer did not appear surprised about the allegations against him. He laughed at times and called one victim “fat” and another “butt ugly” as detectives showed him photos.

Evidence in the case spanned three decades of policing in Southern California, from the murderous, crack-fueled 1980s, during which at least two serial killers were operating in South Los Angeles, to the creation of an LAPD cold-case unit and the modern era of advanced DNA testing.

Prosecutors say Franklin’s first killing spree began in the summer of 1985 and seemingly ended three years later. Police did not know the killer’s identity at the time but had linked seven slayings to the same .25-caliber handgun. The then-unknown killer apparently fell dormant for years. Decades later, in 2010, detectives matched the killer’s DNA to a recently convicted felon who was the son of Franklin.

Detectives placed Franklin under 24-hour surveillance and came up with a plan to obtain a sample of his DNA.

An undercover officer posed as a waiter at a local restaurant and collected a pizza crust left behind by the suspect. DNA taken from the crust matched DNA left by the suspect in multiple murders, according to Detetive Dennis Kilcoyne.

When police raided his South Los Angeles home, they discovered photos and videos of dozens of unidentified women. Police have since accounted for the identities and whereabouts of some of the women, but others remain unknown.

Silverman called Franklin a “serial killer who was hiding in plain sight.”

“Science in 2010 finally caught up with the defendant for the crimes he committed since the 1980s,” she said shortly before the case went to the jury.

Franklin will head to the San Quentin State prison, north of San Francisco.

Judge Kennedy said she has been a jurist for 28 years and could not think of anyone who had committed such monstrous crimes.

“If I could snap my fingers and bring all these victims back to life, I would do it in a heartbeat …” she said. “But at the end of the day, your loved one, your daughter, your sister, your mother, your friend, is still gone. Hopefully there is some measure of justice you will feel, but closure is not what this trial is about.”