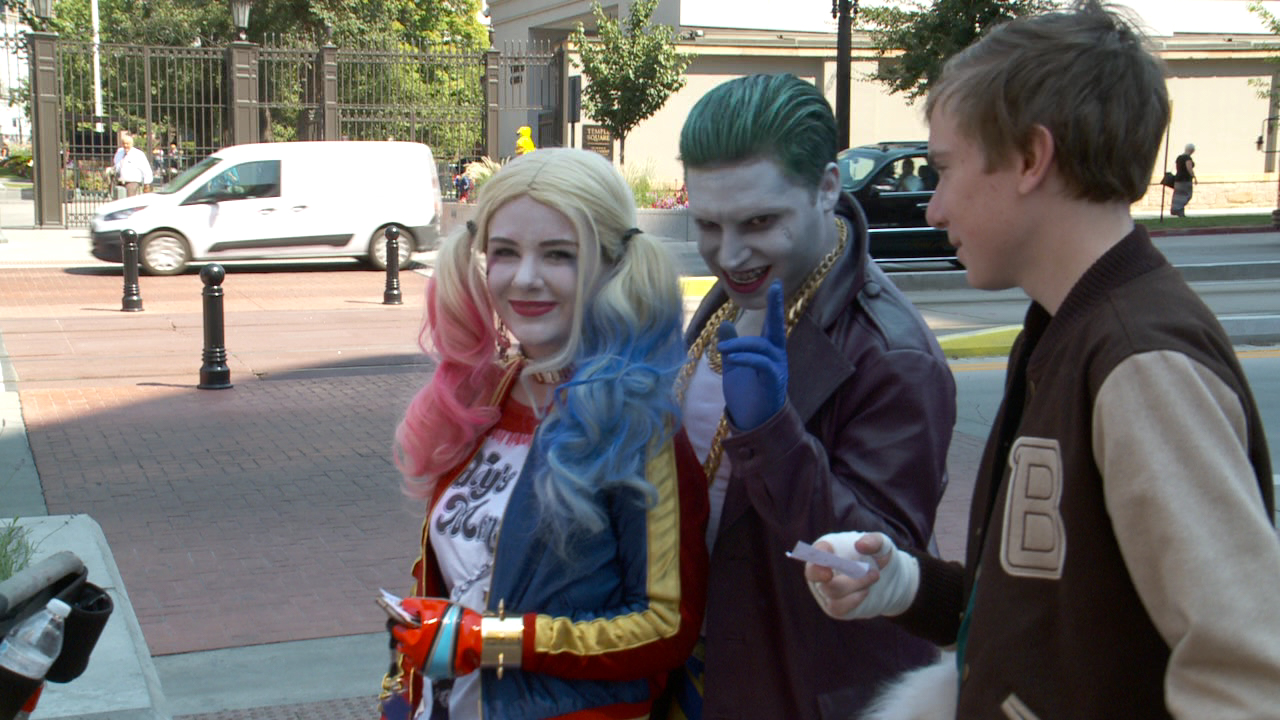 Utahns both big and small put on their costumes to take part in the fourth annual Cosplay Games, an event held ahead of Salt Lake City Comic Con.

Teams tracked down 10 secret locations throughout downtown Salt Lake City by solving riddles, and at each location they posed for a photo. Cosplayers who participated said it’s a great chance to meet people.

“You get to meet a lot of different people, you get to run into a lot of your friends that cosplay, and it’s just fun,” Rachael Hopper said.

Ro Malaga, an associate producer with Salt Lake Comic Con, said the event is fun for folks of all ages.

“Everybody takes part, not just grown-ups, little kids, but families come and they go to these pre-events and they go to Comic Con,” Malaga said. “So that’s one of the best things that we like to remind people of, is that it’s a family friendly event.”

Those who took part in the scavenger hunt got a chance to win free multi-passes for the 2016 Salt Lake Comic Con, which runs September 1-3. Visit the con’s website for more information.