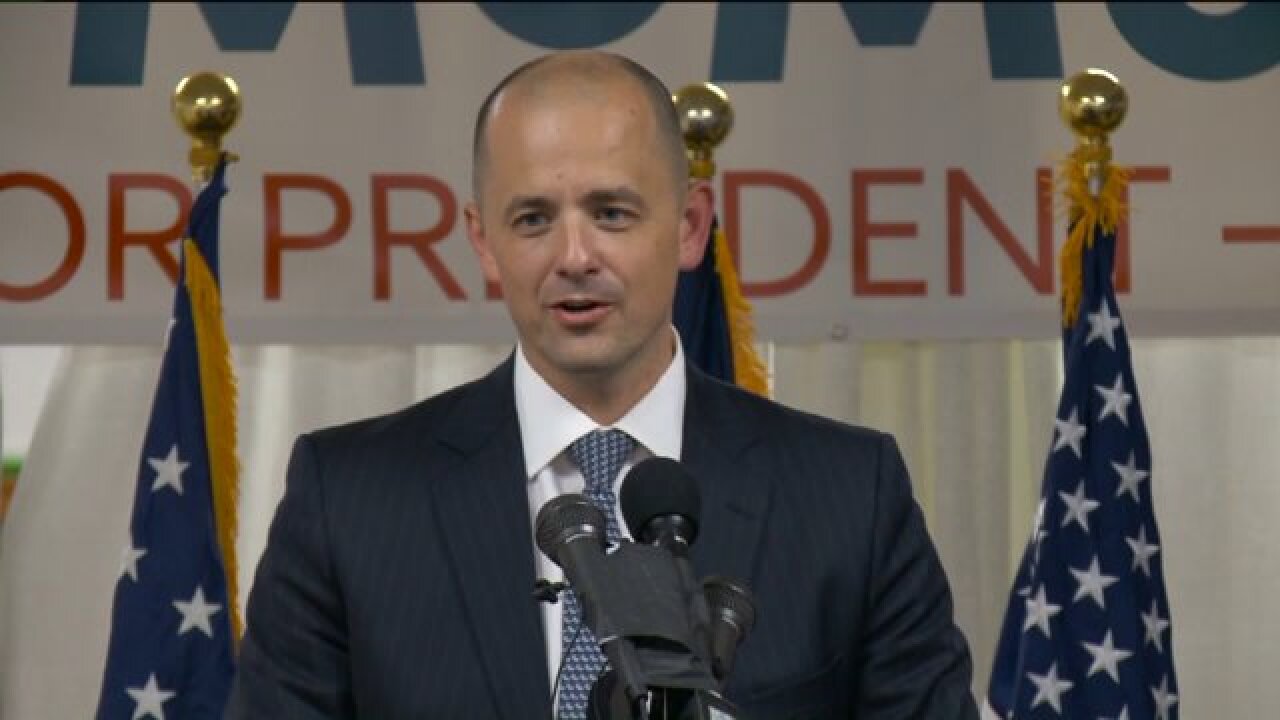 SALT LAKE CITY -- A Brigham Young University graduate with an Ivy League business degree is a new candidate for President of the United States.

Saturday, the Executive Committee for the Independence Party of Minnesota voted to select Evan McMullin as their party’s 2016 presidential candidate.

Now they're working to gather the 2,000 signatures needed for McMullin to appear on the ballot in Minnesota.

McMullin kicked off his campaign right here in Utah earlier this week. The Provo native graduated from BYU and is a member of The Church of Jesus Christ of Latter-day Saints. He’s hoping to convince Utah voters he's the candidate for them.

"I'm proud of Utah, I’m very proud of you, when many others didn't, you stood up,” McMullin told the crowd at his kick-off event.

McMullin says he wants to keep both Donald Trump and Hillary Clinton from the presidency.

"There is another choice, and I firmly believe that the time has come in our country for a new generation of leadership,” McMullin said. “Together I am confident that we will prevail here in Utah and beyond.”

During his speech, McMullin talked about the importance of sticking to American ideals, which he said includes welcoming people of all faiths and nationalities.

“This good will is such a vital source of American strength that we cannot allow it to be destroyed by politicians or other personalities,” he said.

The campaign needs 1,000 verified signatures to get on the ballot in Utah. The deadline for that effort is August 15.

And while it may be a late bid for the presidency, McMullin is confident he will have success in Utah and beyond.

"Ours will be an unconventional campaign for sure, and it will take the hearts and minds and hands of many for success,” he said.