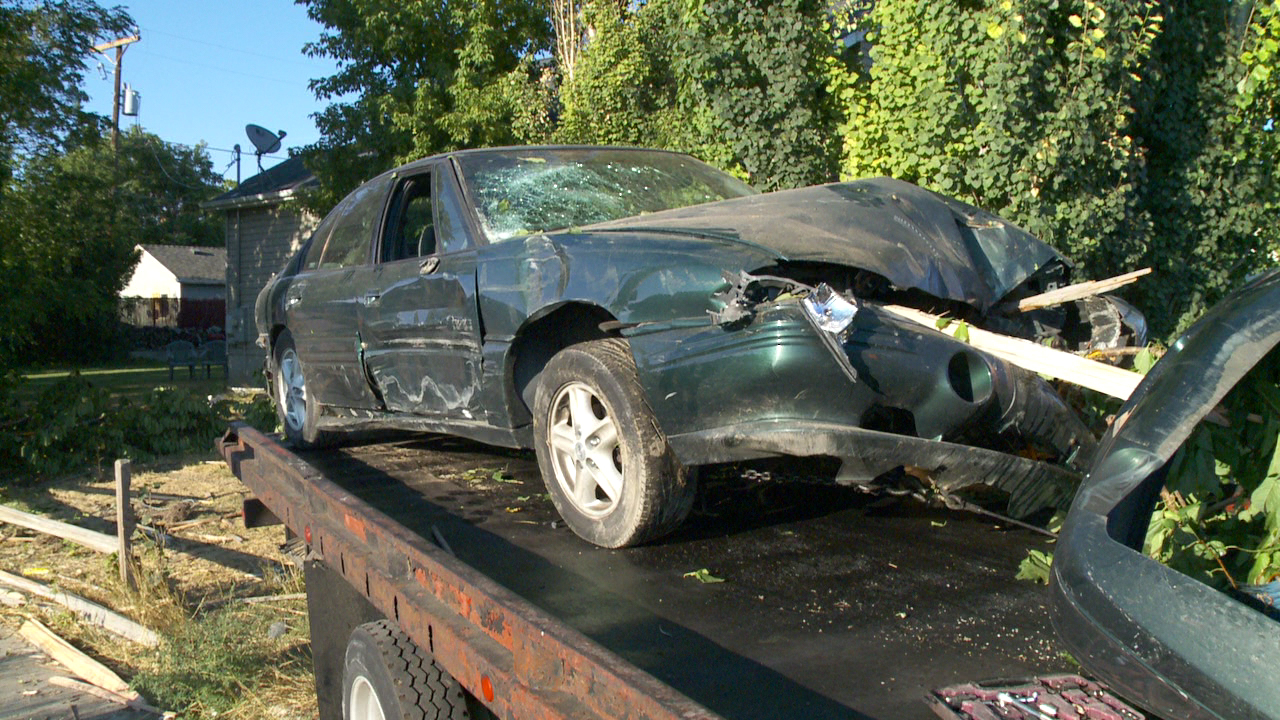 SOUTH SALT LAKE, Utah — Police responded to a neighborhood in South Salt Lake Sunday after someone who fled the scene of a car crash brandished a firearm at witnesses who tried to follow him.

Lt. Lex Bell of the Unified Police Department said the crash occurred in the area of 3300 South and 700 East around 5:15 p.m.

Lt. John Barker of UPD said a green Pontiac was travelling at a high rate of speed when another vehicle went to make a turn to go north on 700 East. Barker said the driver of the Pontiac overreacted as that car came near and then lost control.

The car crashed into the yard of a home at 700 East.

“Slid through a fence and took out a wire off of a power pole, and took the fence out,” Barker said.  “Did some damage to the yard. Luckily nobody at the home was injured.”

The driver of the Pontiac fled the scene after the crash. Bell said witnesses tried to pursue the man, and as they did so the suspect allegedly brandished a gun. The witnesses stopped following the man at that point, but called police.

UPD responded and set up a containment in a nearby neighborhood, and they used an emergency alert system to notify residents and ask them to remain indoors.

Police searched the area but did not locate the suspect, and at about 6:45 p.m. the containment of the area was called off.

“We believe we might have identified the man, but we’re doing some leg work to track that down,” Barker said.

Barker said the man they believe was driving the car has a criminal history, which may explain why he left the scene.

“He was probably up to no good of some sort, and wanted to get out of the area,” Barker said. “The car does not come back registered to him. I don’t know if he borrowed it, it’s not [listed as being] stolen yet.”

Barker said witnesses reported the suspect may have suffered a cut in the crash, but he noted it didn’t seem to slow the man down. No other injuries were reported.