Fires in Ogden considered to be human-caused

The first fire occurred shortly after 1 a.m. near 1544 S. Park Blvd. Several aceres of wooded and highly vegetated terrain burned, but no structures were threatened and no evacuations were necessary.

According to a news release from the Ogden City Fire Department, 23 firefighters from Ogden City, Northview Fire Agency and the Weber Fire District responded to the scene and spent several hours putting out the fire.

The second fire happened Monday morning shortly after 4 a.m. in an area to the west of the fire Sunday morning. Deputy Fire Chief Eric Bauman of the Ogden City Fire Department said this fire has burned a total of about five acres in different parts of a 30-acre area.

Five homes were threatened by the blaze and one of them was evacuated for about 20 minutes. According to a tweet from the Ogden City Fire Department, a power pole sustained significant damage in the blaze.

The news release said the second fire is 70 percent contained, but high winds coming from Ogden Canyon and difficult terrain have exacerbated the firefighting efforts

Both fires are considered to be human-caused. The Ogden City Fire Department asks anyone who notices suspicious activity to call Weber County Dispatch at (801) 629-8221. 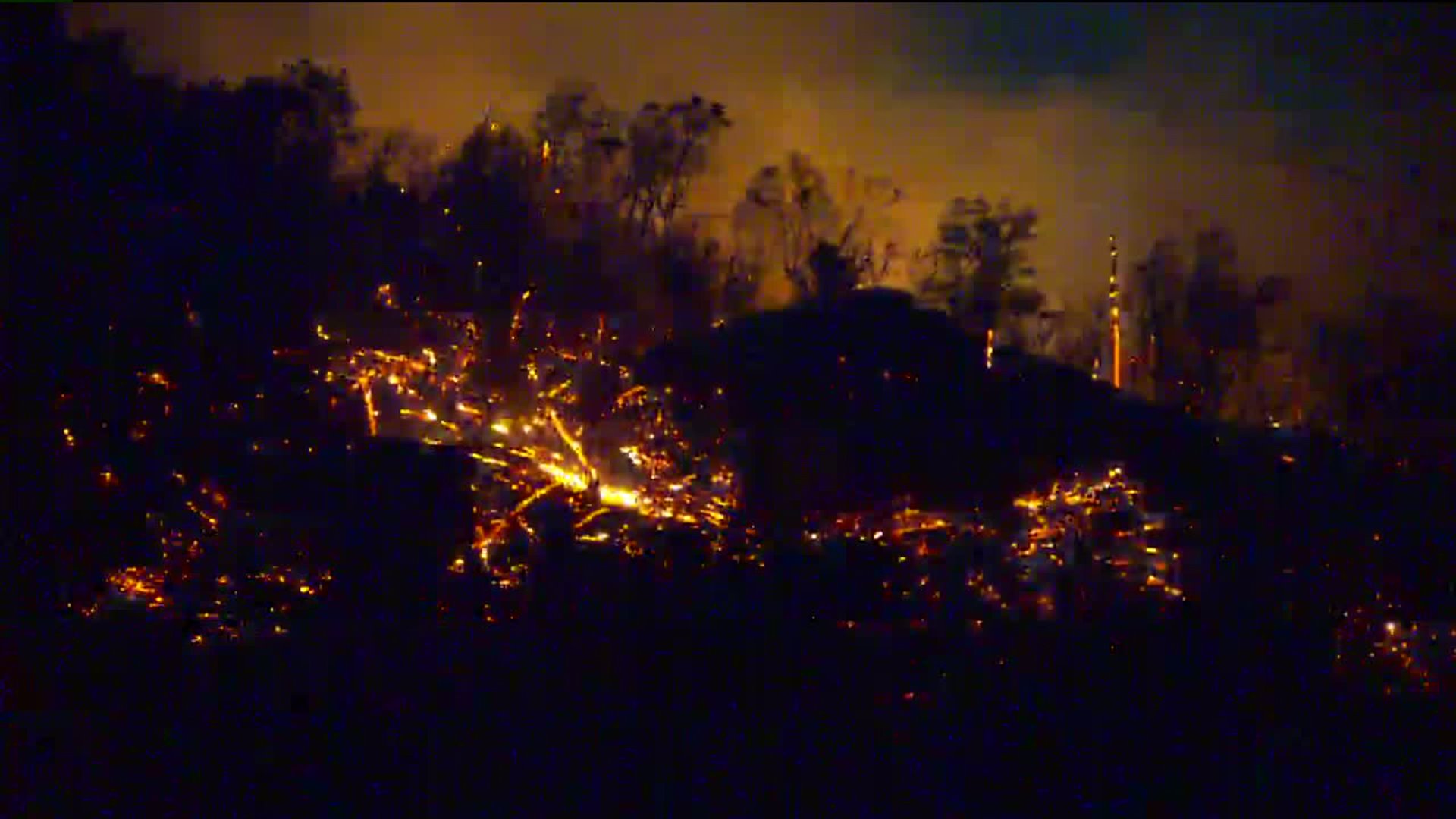