SALT LAKE COUNTY, Utah — They broke into nearly a dozen cars in Herriman, taking anything they could find. Now, almost two weeks later, police believe they know who they are.

Their names were released Friday, and one man suspected in the string of burglaries is behind bars, but police still need your help finding two persons of interest.

“Committing thefts and vehicle burglaries to support a drug habit, it’s an easy way for them to get money,” said Lt. Lex Bell of the Unified Police Department.

Surveillance cameras in a Herriman neighborhood show three people roaming the street and rummaging through cars, taking anything they can find. Police used the video to identify the persons of interest.

“We're very confident they're the people in these surveillance footage,” Lt. Bell said.

Police say Tony Cone and Dominique Kennedy are persons of interests in the case and are likely the people spotted on the surveillance footage. One person they know was involved, Nicholas Murdock, is now behind bars.

“One of them have been booked into jail, he was arrested in another incident, fled from police and they arrested him,” Lt. Bell said.

Not only did these people allegedly break into at least nine cars that same night, but, just down the street, they stole a truck.

“We thought for sure we didn't have a chance,” said Kristi Reiser.

Her husband’s truck was stolen right from the Reiser’s driveway, putting the entire family on edge.

“My daughter wouldn't leave my side for the past week and a half, she was fearful for, you know, someone was going to break into our house,” Reiser said.

Thanks to dozens of tips, police found the truck in Kearns just days later.

It was a relief for police as well, as in the bed of the truck they found more evidence to help their case.

“Interestingly enough, in the back of the truck there were a couple of garbage bags and they were full of all the paperwork out of all of the cars stolen in Herriman,” Lt. Bell said.

“We are super thankful, we wanted them to be caught and be behind bars and punished for what they have done, so we're thankful for that,” Reiser said.

If you have any information on the whereabouts of the two remaining persons of interest, please call police. 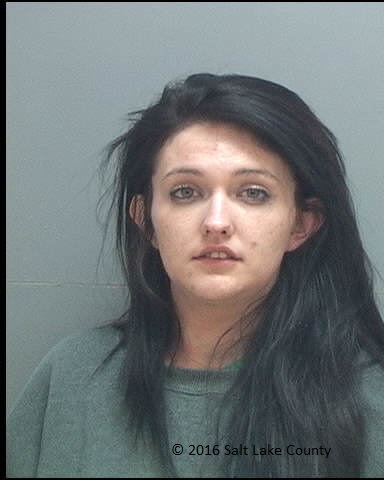