Tornado touches down near Panguitch

GARFIELD COUNTY, Utah -- A tornado touched down in the Panguitch area Friday afternoon, and so far there are no reports of damages or injury.

Several Utahns captured photos of a funnel cloud in the Panguitch and Bryce Canyon areas Friday afternoon, and at about 1:30 p.m. the funnel cloud touched down, classifying the event as a tornado.

The National Weather Service in Salt Lake City said the tornado touched down between Bryce Canyon and Red Canyon along Highway 12. Officials with the Garfield County Sheriff's Office said as of 3:20 p.m. there had been no reports of damage or injury associated with the event.

For those curious, we estimate the tornado near Panguitch touched down at approximately 130pm MDT. #utwx

The National Weather Service stated this is only the second tornado to be reported in Garfield County since 1950.

Though rare, cyclonic activity can occur at high elevation. Stan & Rose Caparrell took these 2 mi West of us today. pic.twitter.com/oqV0zvFNFe

FOX 13 News Chief Meteorologist Brett Benson said it isn't immediately clear what caused this particular tornado to form, but he said it was definitely related to the strong thunderstorm that passed through the area. FOX 13 News will have more information as it becomes available, watch Live at Four and Five for updates. 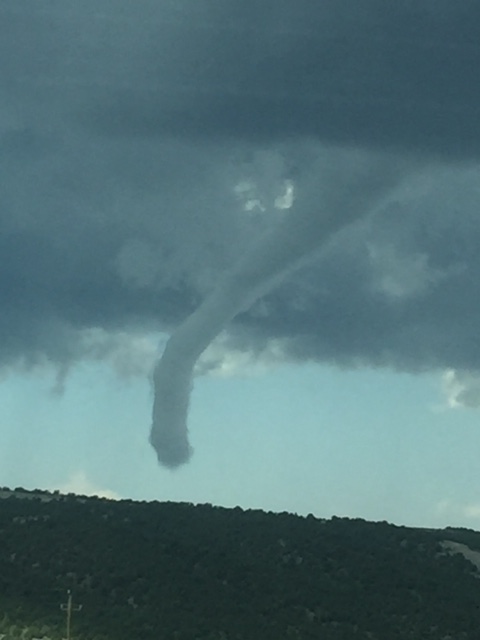