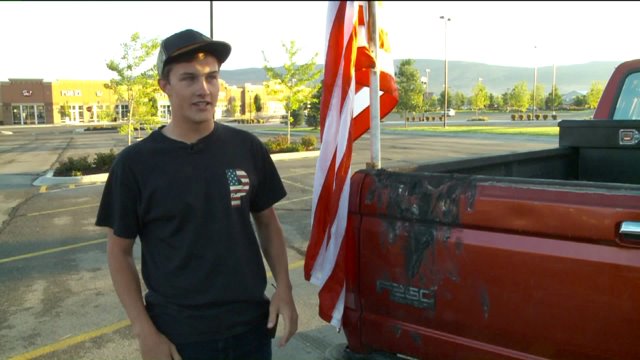 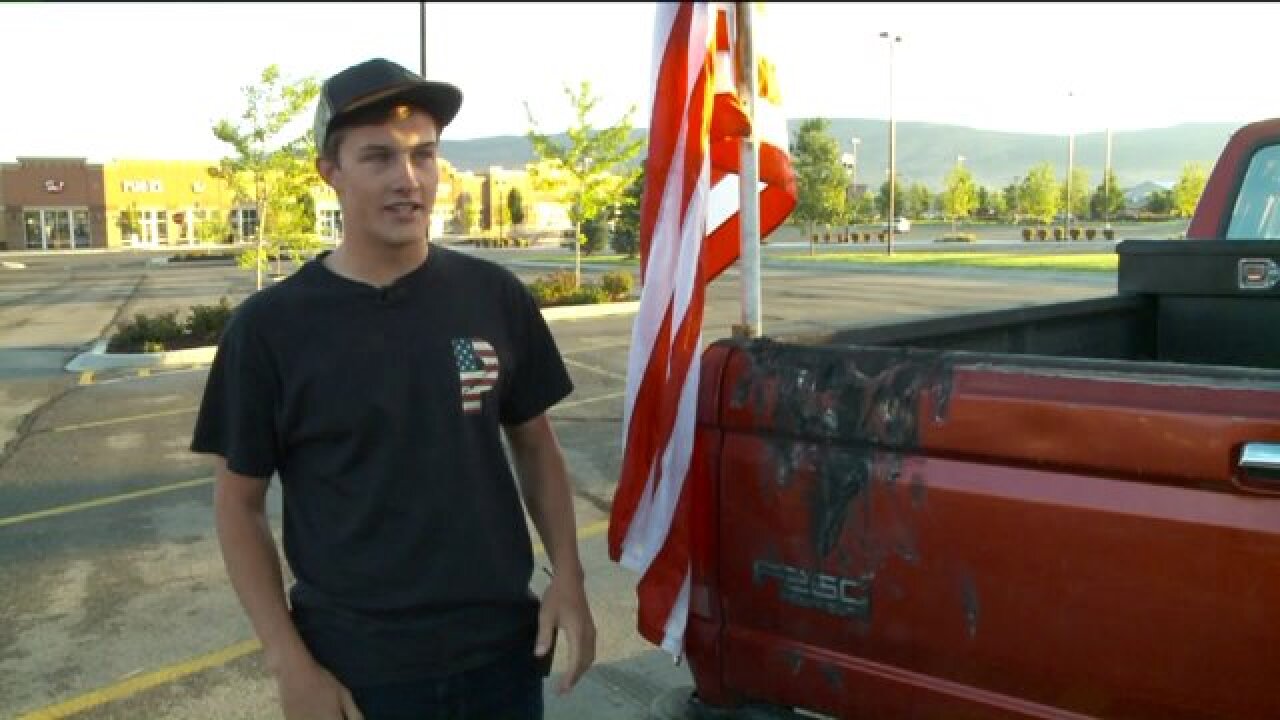 HEBER CITY, Utah — Police in Heber City have identified a Wasatch High School student accused of burning an American flag that belonged to one of his classmates.

Ben Schofield had been flying the flag on the back of his pickup truck, and it was a popular sight at the school. On Thursday, one of Schofield's friends sent him a Snapchat message, letting him know that the flag had been set on fire.

"I had the flag flying normally – he took a picture and was like ‘Merica or whatever and then I get another one maybe an hour or so later and he’s like someone burned your flag," Schofield said. "Well, I was pretty mad.  I was pacing back and forth."

"I immediately called the school and was like 'What’s going on?' and they were like 'Oh, yeah, we already know all about it'," Schofield said.

It was another of Schofield's classmates who first spotted the fire and put it out.

“They pulled into the parking lot and they saw it on fire so they stopped and got it out and then they went and told the office,” Schofield said.

Since then, Schofield has replaced the burned flag and even started a bit of a movement. Several of his classmates also bought flags to fly from their cars, partly to show support for Schofield, but also to show their own patriotic spirit.

“I think its really important. It’s not just the material part of the flag, it’s the meaning behind it,” Schofield said. “We’re just showing that we can fly our flags and we always will.

"Wasatch High School is investigating a Safe Schools violation which occurred in one of the school’s parking lots resulting in damage to another student’s vehicle. The student responsible has been identified and is cooperating with school officials and law enforcement. At the conclusion of the investigation, the student will be disciplined in accordance with district policy."