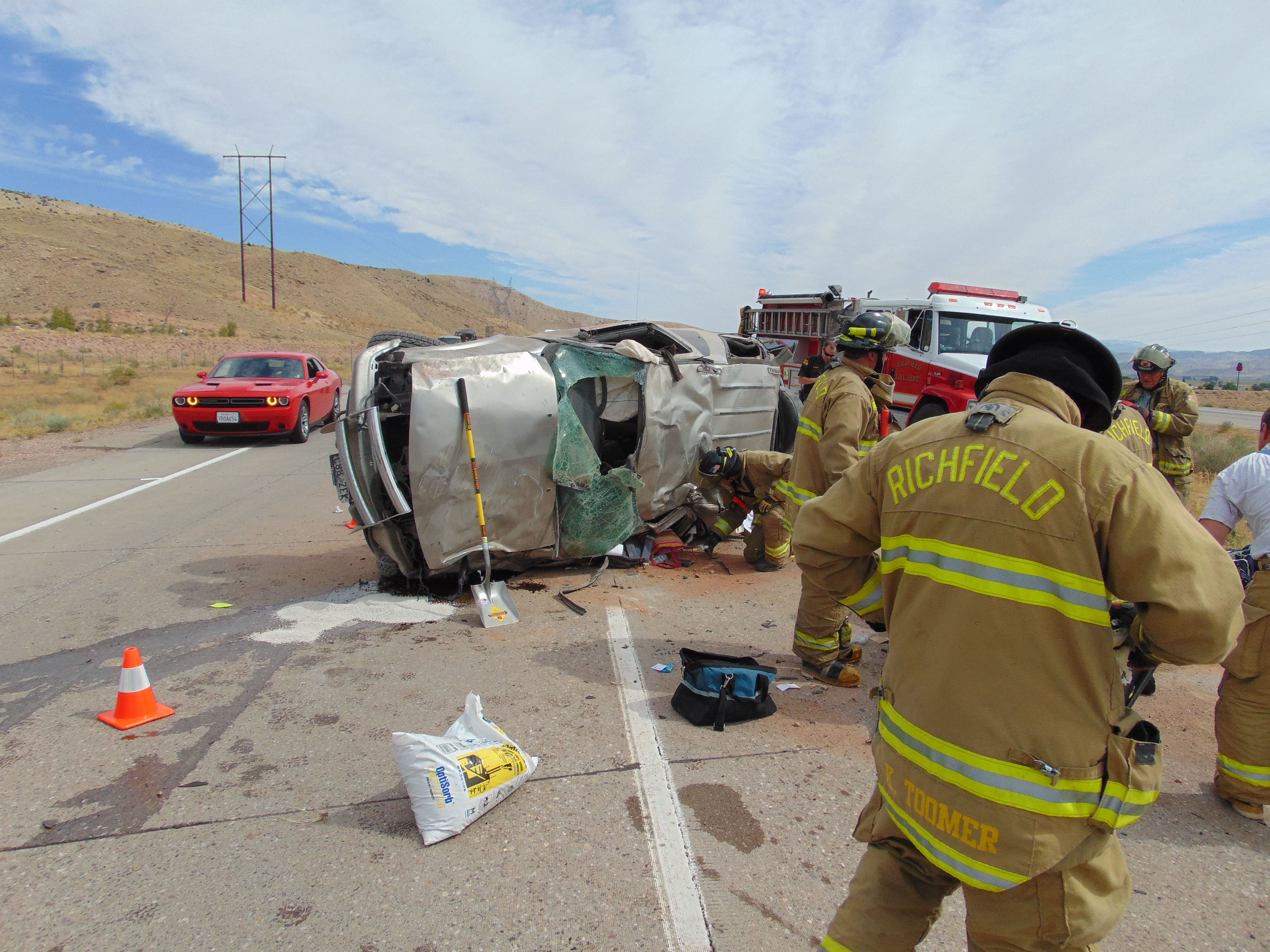 RICHFIELD, Utah – A 19-year-old woman is in critical condition after a single-vehicle rollover on Interstate 70 in Richfield Monday morning.

The accident occurred at 11:14 a.m. near mile marker 39. The teenager was traveling east on I-70 when for an unknown reason she drifted to left and into the median, according to Utah Highway Patrol.

While the victim was wearing a seat belt, officials say, she suffered fractures to her face and skull.

The teen was taken to Sevier Valley Medical Center by ambulance then air lifted to a Salt Lake City hospital.