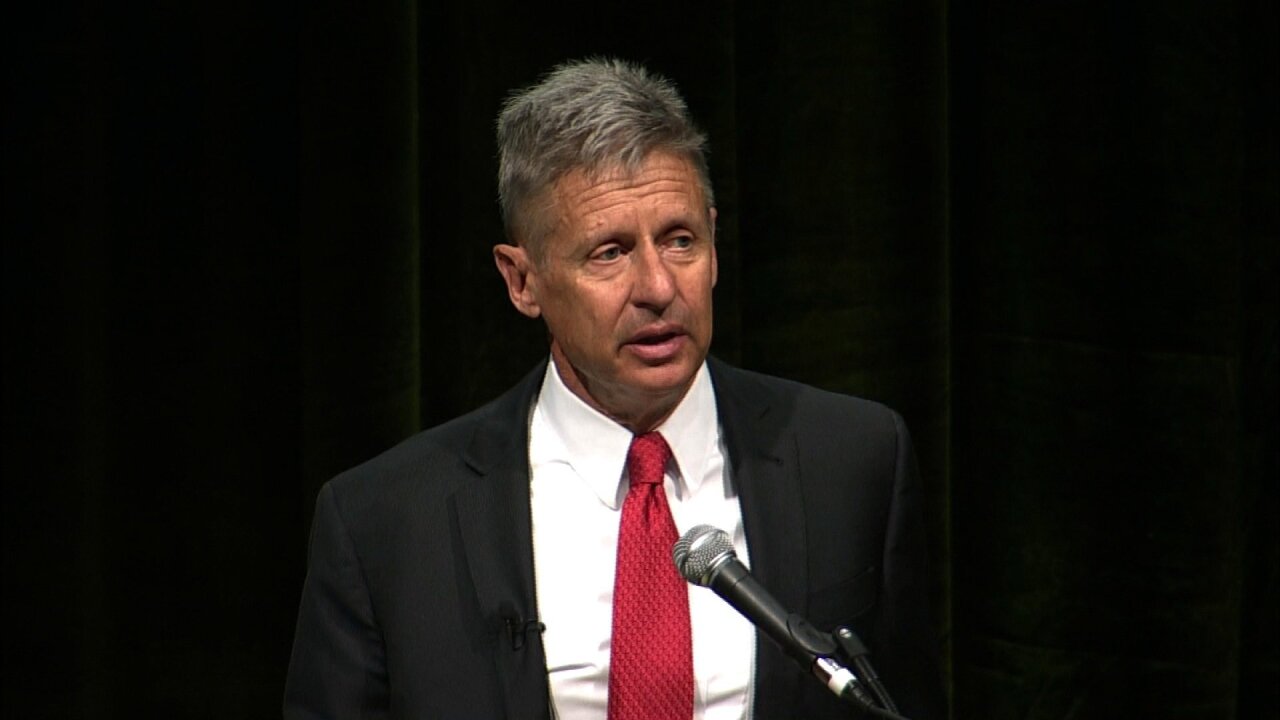 Gary Johnson, struggling to move his poll numbers high enough to earn a spot in the presidential debates, is beginning his first television advertising of the 2016 campaign.

Despite unprecedented discomfort with the Republican nominee, Johnson, the Libertarian candidate and a former Republican governor of New Mexico, has so far failed to sufficiently consolidate the support of Republicans opposed to Donald Trump. And he has said his campaign is doomed if he does not meet the 15% threshold needed to reach the debate stage and the national audience it provides.

So after dedicating over $2 million to radio advertising, Johnson is headed to the big screen.

“The difference between the two of us and the other candidates running for president is that we’ve been there,” says Johnson in the low-tech, direct-to-camera spot.

Rather than running national advertisements aimed at lifting his numbers in the national polls used to assess viability for the debates, Johnson so far is airing the two weeks of television time mostly in western states where his campaign has expressed confidence: Washington, Nevada, Oregon, Utah, New Mexico, Colorado and New Hampshire.

A pro-Johnson super PAC aired over $550,000 in television advertisements last month, but is currently not on the air. The group, Purple PAC, disclosed Tuesday that it was beginning a $300,000 buy this week.

“Give us one term, America. If, after four years, you decide you don’t like peace, prosperity and freedom, you can always vote a Trump or a Hillary back into office again,” Johnson says.

Weld then adds an eye roll.

The first presidential debate will be held September 26.