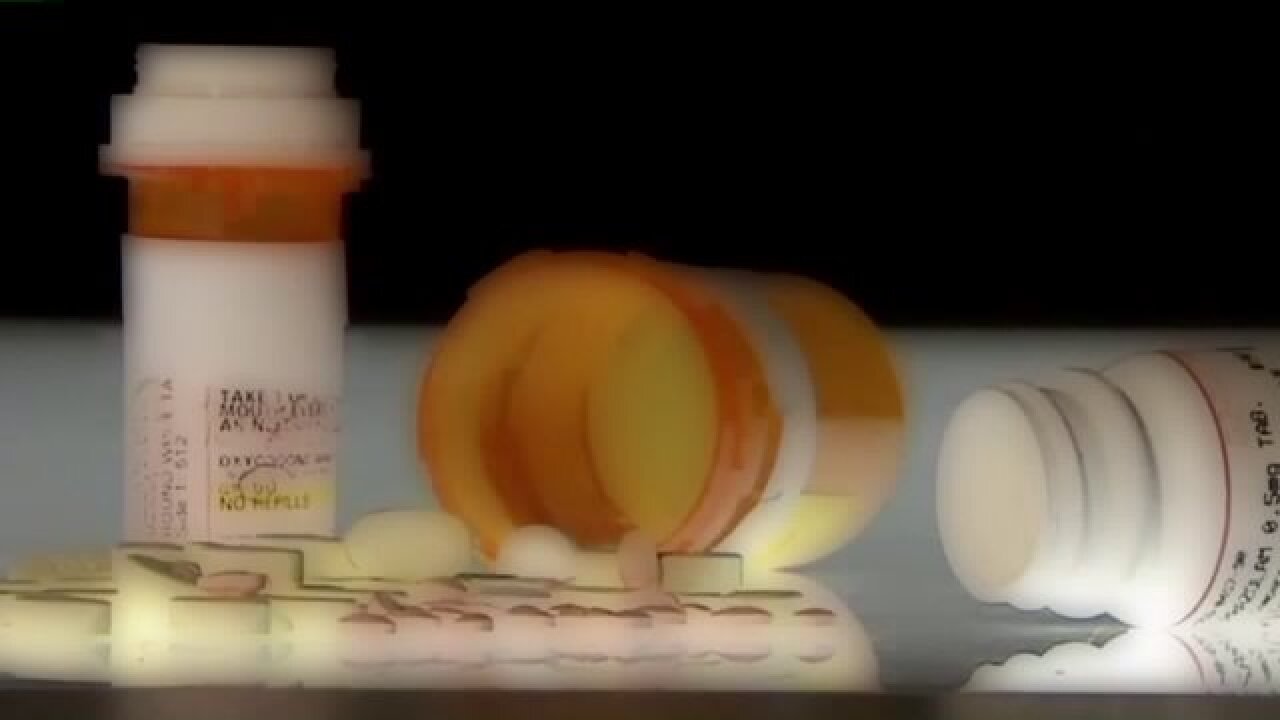 A decade after giving birth, she is still dealing with the impacts of what was a difficult pregnancy that had her hospitalized for three months.

"I was getting two Percocets every six hours as well as a shot of morphine every day," Apgood said.

Percocet and morphine are both opiate-based pain relievers, a class of drug that can be highly addictive.

Ten days after giving birth, her doctor took her off the medication. Though she didn't realize it at the time, she was addicted. Apgood contemplated suicide. She was depressed and questioned her own sanity.

Recognizing something was wrong, she went to her doctor.

"When I went to my primary care, he prescribed me Xanax," Apgood said.

Xanax is an anti-anxiety medication, part of the benzodiazepine class of drugs.

A report in The Washington Post, looked at death rates for middle-aged white women. It found women, like Apgood, are five times more likely to receive prescriptions for both anti-anxiety drugs and painkillers.

"When we mix those two medications a benzodiazepine and opioids, there's a huge risk for overdose," said Angela Stander, the prescription drug overdose prevention coordinator for the Utah Department of Health.

The impacts are both more widespread and more profound than many people realize and they appear to have the biggest impact on middle-aged white women.

The report found a 400-percent jump in opioid overdose deaths among middle-aged white women from 1999 to 2014. It is contributing so much to that specific demographic, it's actually changing the overall death rates.

The intention is to reduce pain, but the price is a higher rate of addiction and ultimately overdoses.

Last week the U.S. Surgeon General wrote a letter addressed to every doctor in America asking them to take a pledge to use greater care when prescribing opiate based medications. The care may need to focus specifically on a group, most would not stereotype as drug abusers, middle-aged white women.

"A Caucasian person like myself. A professional, somebody who has employment, we wouldn't expect them of being someone who is addicted to a drug," said Mary Jo McMiller, Director of Utah Support Advocates for Recovery Awareness.

The Utah Health Department says the statistics show after taking painkillers for just seven days a dependence can form. It happened to Melanie Apgood and it took two years before family intervened.

Clean for eight years and raising both of her sons as a single mom, Apgood still feels the impact of addiction.

"It really is an ongoing battle and I don't think it will ever, it won't every go away," she said.

Apgood recently had surgery to repair a problem with her large intestine. Once again, painkillers were prescribed. Not taking any chances, she set up a safety plan.

A family member has the prescription bottle, giving her only a day's dose at a time. It is a small price to pay to avoid joining a larger statistic of women dying too soon.