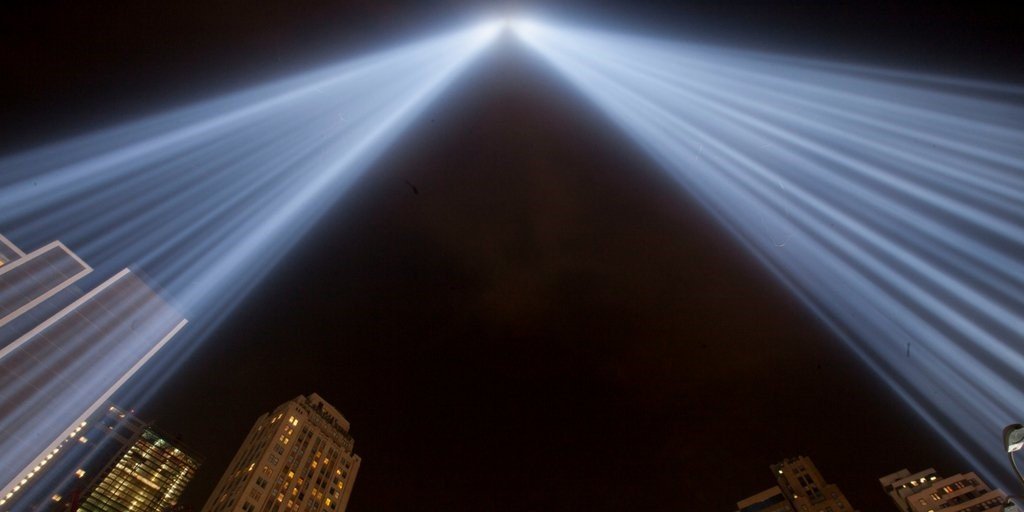 NEW YORK, New York (CNN) — The recitations of the nearly 3,000 names of the dead rose toward a cloudy sky over lower Manhattan Sunday morning like an epic poem chronicling one of America’s saddest moments.

Fifteen years ago, the United States changed forever when four airliners crashed into the Twin Towers in New York City, the Pentagon in Washington, D.C., and a field outside Shanksville, Pennsylvania.

The age of terror had begun.

“September 11, 2001, touched every single one of us,” New York City Mayor Bill de Blasio said Saturday during a memorial service at St. Patrick’s Cathedral for the city’s fire department.

“There is no New Yorker who somehow evaded the pain of that day. We all felt it. We all were affected. Everyone felt it. Everyone suffered.”

At the World Trade Center, 2,753 people were killed when the hijacked jetliners were intentionally flown into the towers.

Among those who died were 343 firefighters, 23 police officers and 37 officers with the Port Authority of New York and New Jersey.

At Sunday’s memorial service in New York, surviving relatives stepped to the microphones in pairs at the spot where the towers once stood.

Some wore ribbons and buttons with photos of their dead loved ones. By late morning, the sun had broken through the clouds on a humid day.

Jim Giaccone remembered his older brother, Joseph Micheal, who worked for Cantor Fitzgerald on the 103rd floor of the north tower. The financial services firm lost 658 employees that day.

“Fifteen years are like 15 seconds,” Giaccone said. “The hurt is still there. The hole is still there. You live on through your family. We miss every day. And everyone tell someone you love them today.”

Jerry D’Amadeo said he was 10 when he lost his father, Vincent Gerard D’Amadeo, who also worked for Cantor Fitzgerald.

This summer, the younger D’Amadeo worked with children affected by the shooting at Sandy Hook Elementary School in Newtown, Connecticut, where 26 children and adults were killed in 2012.

“Sometimes the bad things in our lives put us on the path to where we should be going — to help others as many have helped me,” he said.

D’Amadeo blew a kiss and looked to the sky. “I love you, Dad,” he said.

The 2,977 men and women who died in the attacks that day were remembered this weekend with parades and solemn memorials throughout the country. Special services will be held at the spots where the planes crashed.

Houses of worship throughout New York City tolled their bells and families of victims of the 2001 attacks — as well as the 1993 bombing at the World Trade Center — for hours recited the names of those killed.

In Washington, President Barack Obama, Defense Secretary Ash Carter and Joint Chiefs of Staff Chairman Marine Corps Gen. Joe Dunford addressed the families and friends of the 9/11 victims in a ceremony at the Pentagon Memorial.

“Fifteen years may seem like a long time but for the families who lost a piece of their heart that day I imagine it can seem like just yesterday,” Obama said.

“Perhaps it’s the memory of a last kiss given to a spouse or the last goodbye to a mother or father, a sister or a brother. We wonder how their lives might have unfolded, how their dreams might have taken shape. And I am mindful that no words we offer or deeds we do can ever truly erase the pain of their absence. And yet you, the survivors and families of 9/11, your steadfast love and faithfulness has been an inspiration to me and to our entire country.”

Obama said the “3,000 beautiful lives” lost that day will never be forgotten.

To the survivors and families of victims, Obama said, “You remind us there’s nothing that Americans can’t overcome.”

At the Pentagon, 184 people were killed when hijacked American Airlines Flight 77 crashed into the building.

One of the hijacked planes crashed outside Shanksville, Pennsylvania, apparently forced down short of the terrorists’ intended target after passengers and crew fought back. A service also was held at the Flight 93 National Memorial.

After the September 11 commemoration ceremony, New York Gov. Andrew Cuomo joined more than 450 motorcycle riders participating in the 9/11 Memorial Motorcycle Ride at a lunch in New York City. The ride pays tribute to the strength, courage and heroism of the first responders who led recovery efforts during and following the terrorist attacks.

On Sunday, the NFL and Major League Baseball were to commemorate 9/11 with appearances by military personnel and first responders and the unfurling of giant flags. The ceremonies come amid a heated debate ignited last month when San Francisco 49ers quarterback Colin Kaepernick refused to stand for the anthem in protest of racial injustice in America.

The NFL was bracing for player demonstrations during the national anthem at Sunday opening-week games after other players vowed to follow Kaepernick’s lead.

At the Pentagon, Obama praised an America “drawn from every corner of the world, every color, every religion, every background.”