Timpview High cheerleaders rally in defense of uniforms after complaint 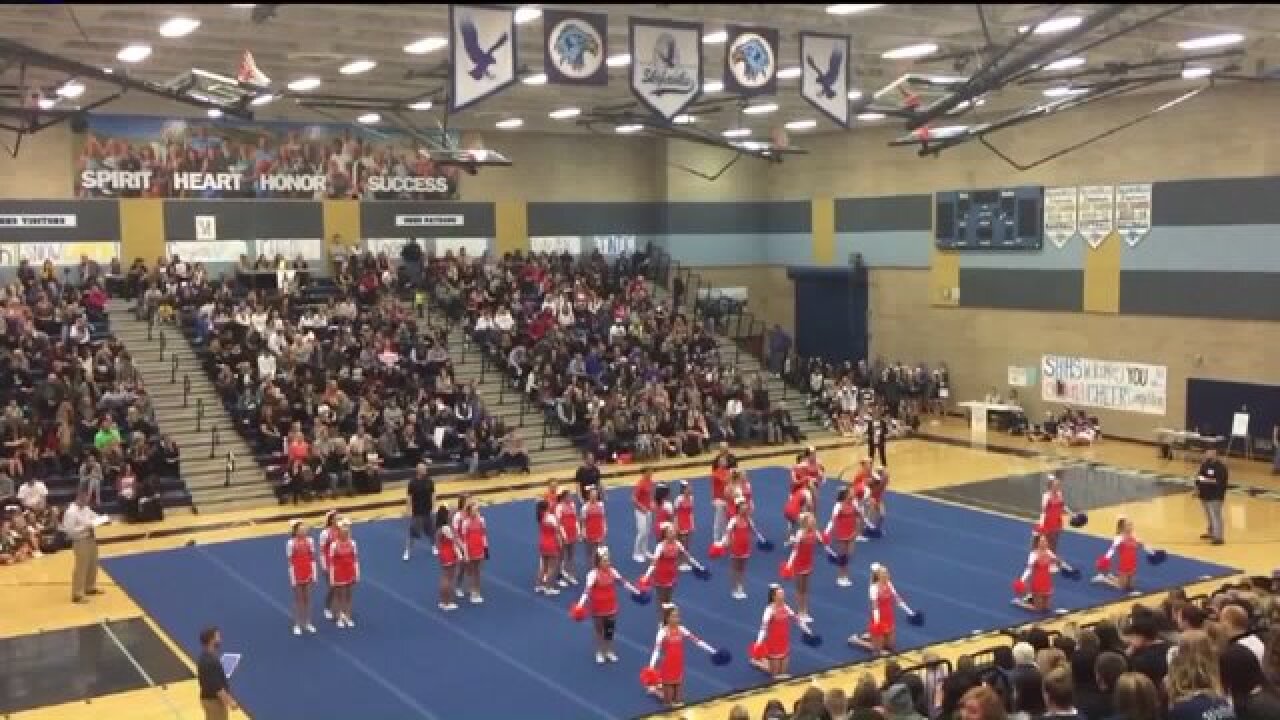 "We were told that we were not allowed to wear our uniforms anymore," said Tess Rozier, a senior cheerleader at Timpview.

Last week, Rozier said, the cheer coach told all the girls someone had complained the uniforms worn on game day in class were distracting a boy, causing him to have impure thoughts.

"I kind of felt like it's the school almost supporting a rape culture," said JoAnna Johnson, a Timpview cheerleader.

The Provo School District calls this all a big misunderstanding. They are looking into whether or not anyone really complained, but insist, the uniforms were always allowed.

"The school was never going to make the cheerleading team not wear their uniforms on game days," said Caleb Price, coordinator of communications and public relations for the Provo School District.

Price said the Timpview principal thought it was clear last week, the uniforms were fine. But the girls said that's not what they were told.

"One guy can't control 44 girls on our team," Rozier said.

On Monday afternoon, the principal met with Rozier and some of the other women from the team, making clear the uniforms are allowed. However, the controversy continues online.

"They are sexualizing a cheerleading uniform and I just think it's disgusting, they are objectifying these girls," Wood wrote.

I feel like this obsession with female modesty is just feeding into the rape culture that is far too prevalent in the area.