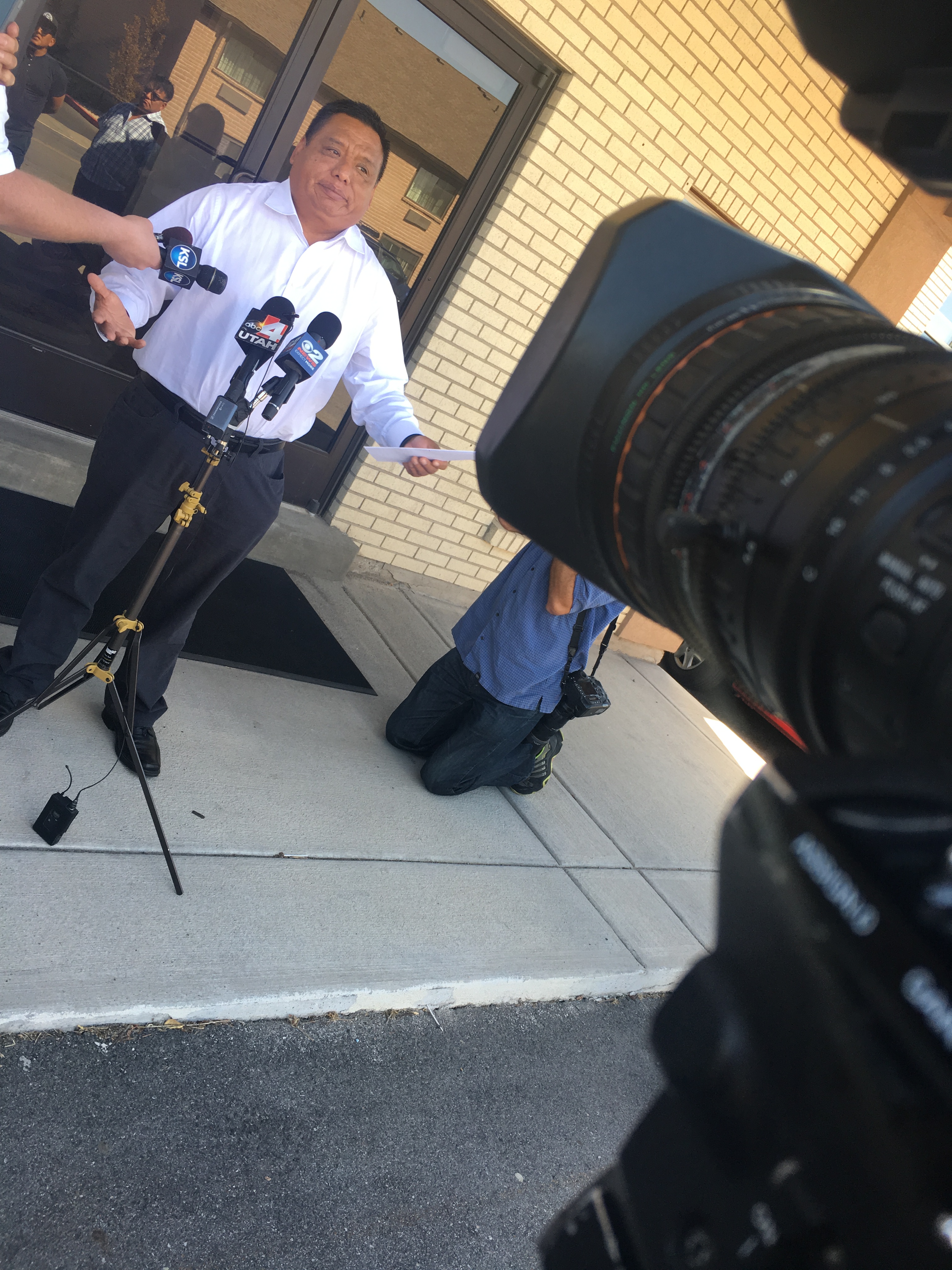 Yapias, director of Proyecto Latino de Utah and radio show host, was charged with rape and evidence tampering in the 3rd District Court Monday. He was booked into the Salt Lake County Jail on $250,000 bail but bailed out Tuesday morning.

The charges stem from an incident that occurred on March 21 when Yapias’ former girlfriend of four years claims she was assaulted by him in her South Salt Lake home.

Davis County Attorney’s Office will be prosecuting the case.

At about 2 p.m. Tuesday, the 50-year-old met with reporters outside his offices in North Salt Lake to make a statement regarding the accusations.

“These are very serious allegations,” he said. “I don’t wish them on anybody.”

Yapias said it’s a serious matter so at the same time it would be premature for him to say anything about the case or go into any details involving the matter.

Despite the nature of the charges, Yapias said, he has received an outpouring of support from the community.

“I’ve been here for over 30 years,” he said. “Working on issues of the legal system has been one of our, has been one of the issues I’ve been fighting for most of my life, but this time it’s my turn.”

As the case plays out in the judicial system, Yapias said, he has confidence in the legal system and believes his story will come out.

Yapias plans to continue his activist work in the community.