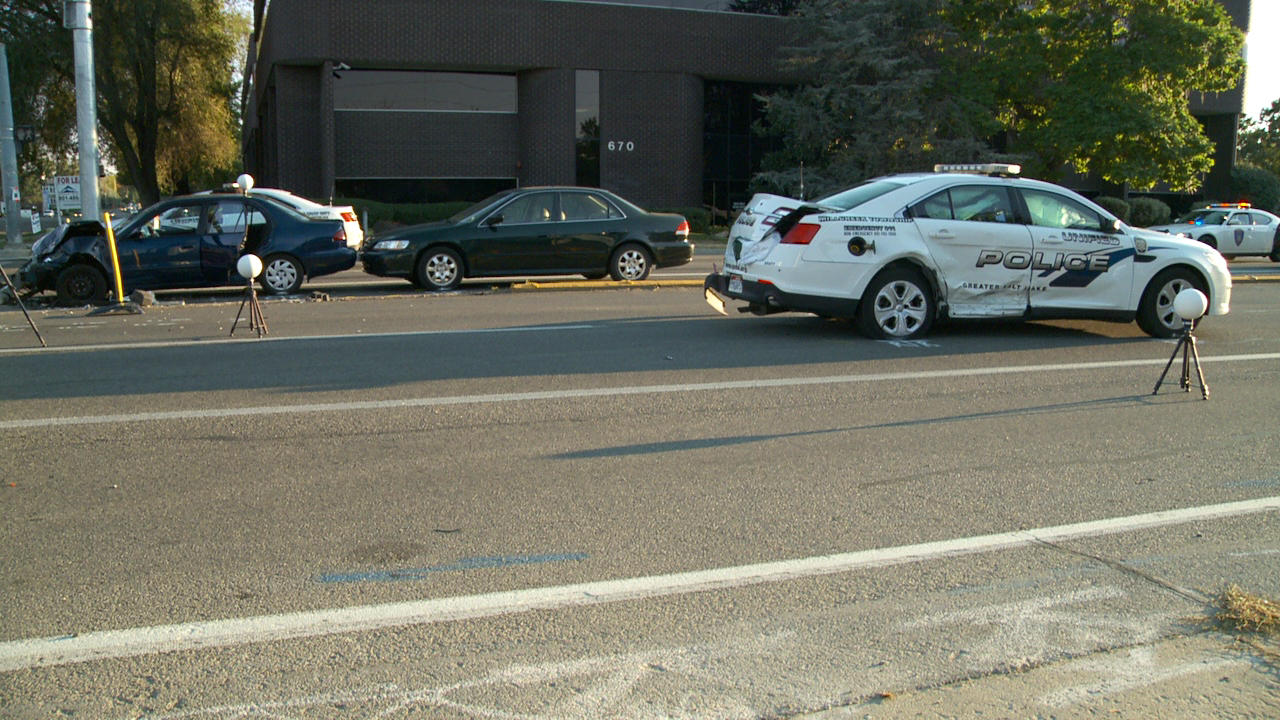 MILLCREEK, Utah — A police officer responding to a call was involved in a four-car crash in Millcreek Friday evening, and two people including the officer suffered minor injuries.

The crash occurred on 3900 South and the road was closed between 500 East and 700 East as crews investigated the scene.

“We had an officer that was traveling westbound responding on a call, she cleared the intersection, she was struck by another vehicle, right now we’re just trying to piece together what exactly happened,” Lt. Brian Lohrke of the Unified Police Department said.

The officer and one other driver were taken to a hospital in good condition as a precautionary measure.

Lohrke said it is standard procedure for an outside agency to investigate crashes involving police vehicles, so South Salt Lake PD will be handling the investigation into this crash, which involved a UPD officer.

Specific details about the cause of the crash were not immediately available. It was not clear whether the police vehicle had its lights and sirens activated at the time of the crash.