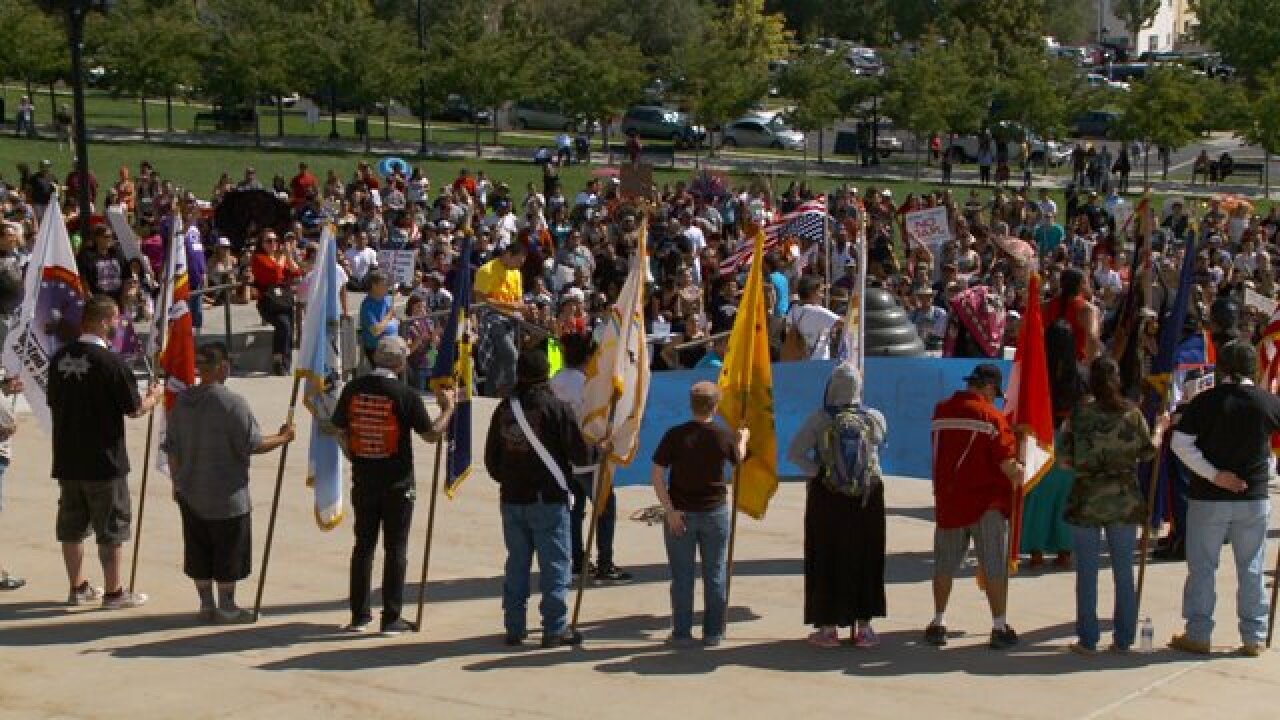 SALT LAKE CITY — A crowd estimated at 1,000 people or more rallied in Salt Lake City Saturday in a show of solidarity with the Standing Rock Sioux Tribe and the battle over an oil pipeline that would run from North Dakota to Illinois.

The event Utah Stands with Standing Rock aimed to raise awareness for the Standing Rock Sioux Reservation, and event organizers said their goal was to “stand peacefully for those who stand in harms way to protect their water supply.”

It’s estimated about 1,000 people or more attended Saturday’s rally, which began at 2 p.m. with a prayer and speeches near the Utah State Capitol. At about 3:30 p.m., participants began marching down State Street toward the Salt Lake City Library. Fox 13 News captured some of the sights and sounds from the event, see the video below for that footage.

One man at the rally, who described himself as a protector rather than a protester, spoke about the cause.

Moore also said in addition to raising awareness, they need people to donate resources and funds to help the protesters in North Dakota. He also said people should take measures to reduce society's dependence on oil in favor of renewable energy.

“This isn’t a native problem, this is a human problem, and all these people out here are joining together to show their support for people who are out there [protesting],” Moore said. “And they are living in camps, and this is North Dakota, and winter is coming, and we need to support them. I am here to support them in any way I can.”

He also said humans have a moral obligation to protect resources like water and should honor sites considered sacred.

"They're digging through sacred spots," Moore said. "I don't think anybody wants people digging up their cemeteries, their graveyards. That's what they are doing with us: They are digging up our graveyards. If somebody went up to Salt Lake and just started bulldozing through the cemetery, there would be a stop to that. But since we're Native Americans, and since we're kind of on the outside, they just go ahead and go through with it because it's not that big of a deal. And they think there's not enough of us to make a stink about it, to make a big deal about it: This is a big deal."

The rally was in support of protests over the Dakota Access Pipeline, which the Standing Rock Sioux Tribe says will negatively impact Lake Oahe, a crucial water source.

Earlier this month a federal judge rejected the tribe's efforts to stop construction on the crude oil pipeline, but later that day the Army and US Justice and Interior departments jointly announced a temporary stop on work near the lake.