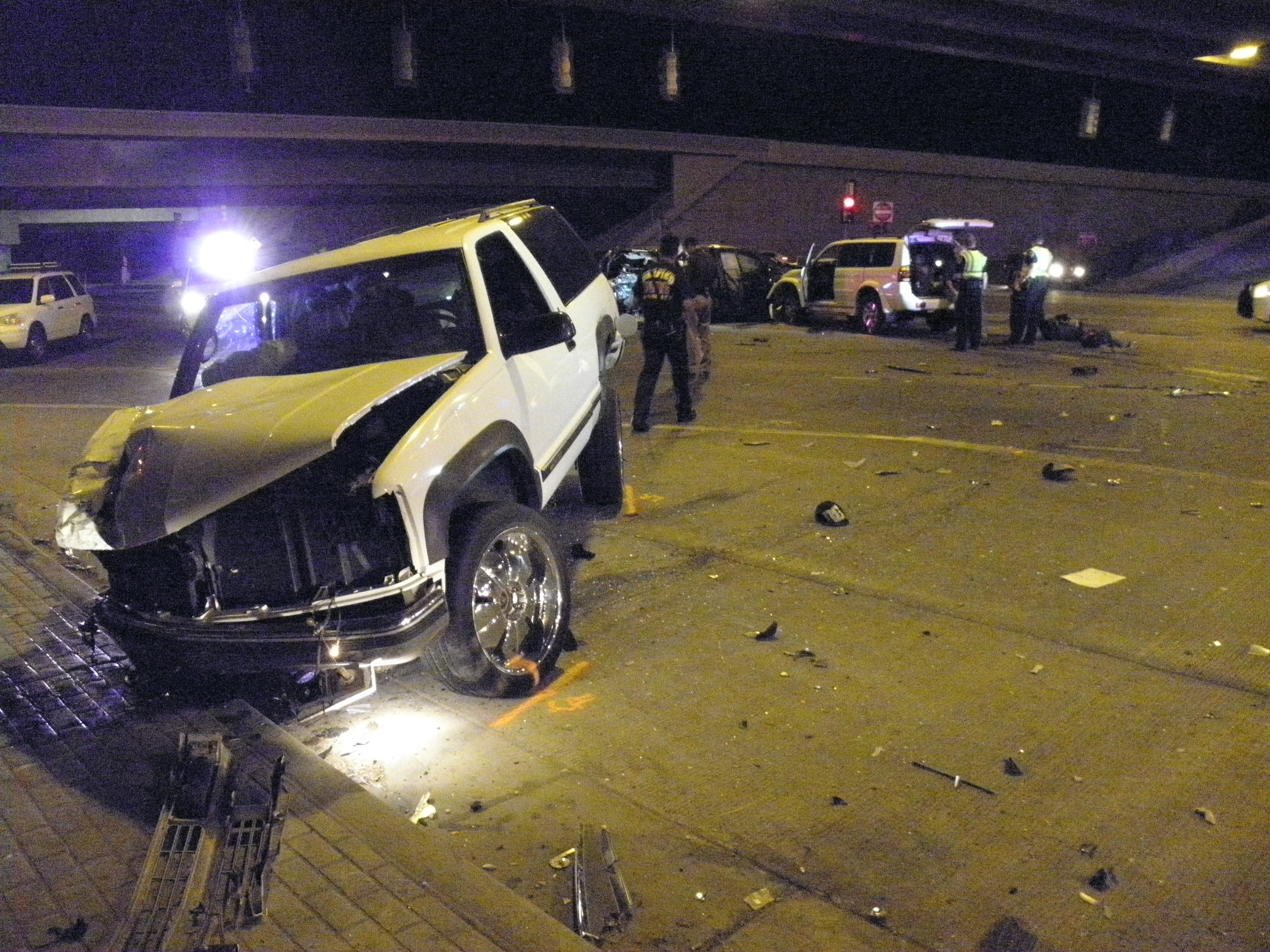 TAYLORSVILLE, Utah – A high-speed chase ended, Saturday night, after the suspect t-boned a minivan carrying four young children, sending two of them to the hospital.

The pursuit originated in Davis County with one motorist following behind. The suspect, driving a white 1997 Chevrolet Blazer, was traveling south on Interstate 15 at 5300 South when it was spotted by Utah Highway Patrol, according to a press release from UHP. The trooper turned on lights and sirens and began pursuit of the driver.

The release states troopers ended the pursuit and pulled over on I-15 when the driver of the Blazer existed on the southbound ramp of 7200 South.

Salt Lake Dispatch advised that the Traffic Operations Center observed the Blazer t-bone a minivan on 7200 South, underneath the freeway overpass, the release indicated.

There were four children inside the van ages 9, 6, 4 and 8 months old. The 9- and 6-year-old were taken to Primary Children’s Hospital with minor injuries.

After the collision, the operations center was also able to see the driver of the Blazer get out and run on foot east on 7200 South.

Troopers took the exit and found the suspect in a nearby Denny’s parking lot.

“A few good Samaritan citizens were able to subdue the fleeing suspect and assist the trooper in placing him in custody without further incident,” the release states.

The suspect was taken to Intermountain Medical Center for injuries he sustained in the crash.

The release states controlled substances were found in the Blazer and DUI is suspected.

Multiple legs of the intersection were closed as authorities processed the scene of the crash.