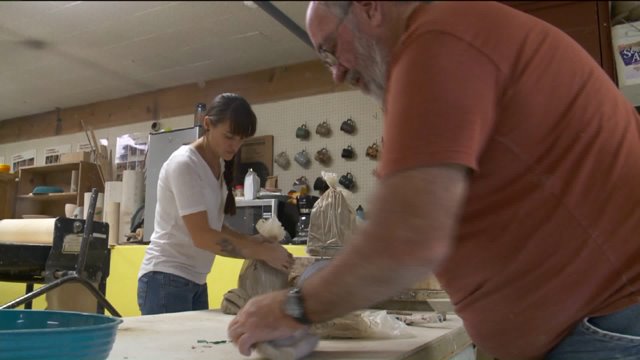 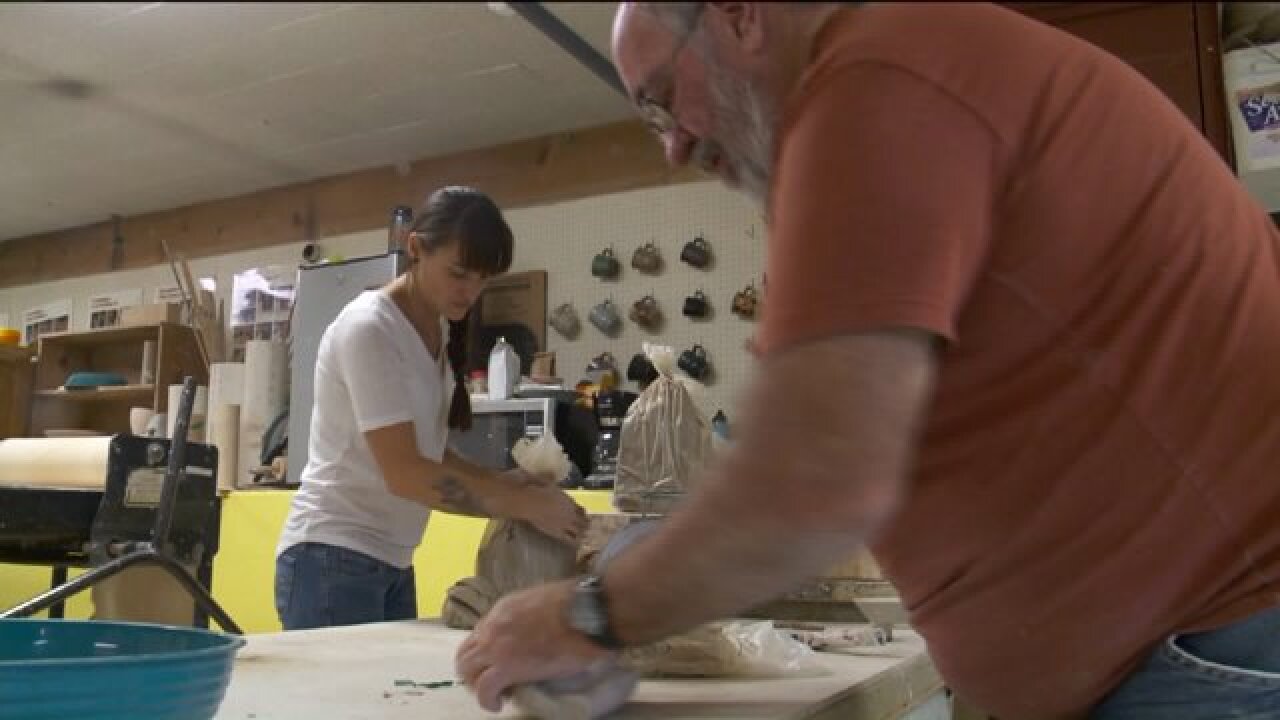 In 2013, The Pioneer Craft House was issued an eviction notice from South Salt Lake and told to evacuate the premises within three days.

The craft house is used to teach almost 400 students about different art forms, including pottery, weaving, wood work and jewelry.

It used to be part of the Granite School District and was part of the Old Scott School campus since 1947. It paid a dollar a year to lease the building. In 2007, South Salt Lake City bought the campus and then six years later gave the craft house an eviction notice.

Military veterans who struggle with health issues and PTSD have found themselves learning to love life again through the art classes offered at The Pioneer House. Mike Ferrin is a veteran of the United States Air Force. He has been creating pottery at the craft school for four years and he loves it.

"I got started and never gave up," Ferrin said.

He had been in a wheelchair for years and recently suffered a stroke. He was also homeless before he started coming to pottery classes at the school.

"It saved my life, basically, from being a waste," Ferrin said. "I'm used to working, and, all of a sudden, they tell me I can't work anymore, and I've seen so many veterans who lock themselves into a house and die, and I can't let that happen to me."

Board Chair Jeff Hatch said he has hope.

"We feel like there is still some potential," Hatch said. "We could work with the South Salt Lake City Council. They've been quite supportive of our programs with at-risk groups such as the veterans."

The city released this statement:

"The City was successful in both the federal and state court actions against Pioneer Craft House, and it is hopeful that these judgments will resolve the matter. Although the City is committed to using the historic school for the promotion of arts programming, the City Council has not yet determined how to proceed with the future use of the building at this time... the next City Council meeting is this Wednesday, but I am not aware of whether this issue will be on the agenda."