The new Utah State Prison will have a modern design 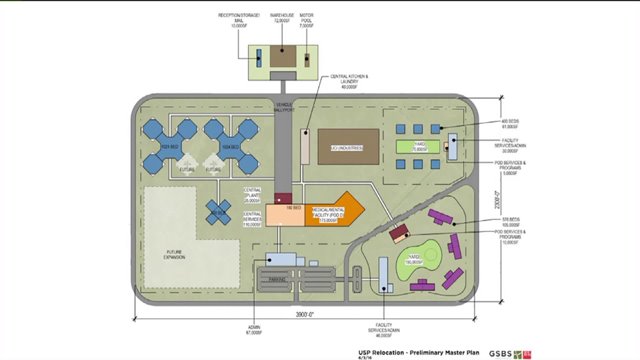 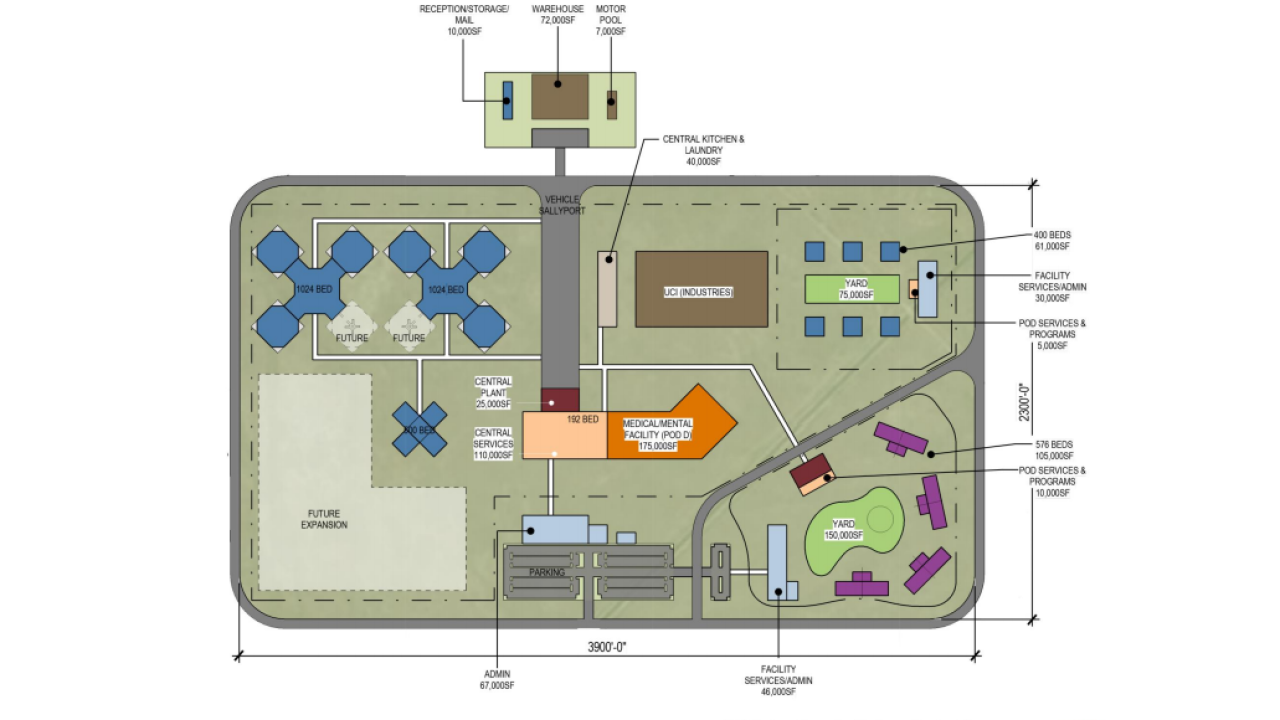 SALT LAKE CITY -- The state is close to signing a deal for land near the airport to build the new Utah State Prison.

At a meeting Monday, the Prison Development Commission was updated on progress for the new facility. Negotiations are under way for the land near the Salt Lake City International Airport with closing on the agreement expected by late October.

Construction on the new prison is expected to be completed by 2020. Lawmakers told FOX 13 they estimate it will cost about $550 million.

Architects for the new prison told the commission they were going for a different, more modern concept. At 130 acres in size, the new 4,000 bed prison will be designed to blend into the surroundings and look less "prison like." They discussed more light, and Utah Department of Corrections Executive Director Rollin Cook said it would not have guard towers.

A slide of a potential design for the new Utah State Prison. (Courtesy Prison Development Commission)

"We think that's an important consideration for the reduction of recidivism, the more normative the environment the more normalized approach we're trying to achieve," said Kevin Miller, the president of GSBS Architects.

Lawmakers funded $80 million in cash to begin the process to move the prison from its existing site, replacing the aging facility and making room for land that could be developed. A new prison will also implement new criminal justice reforms.

"This'll be state of the art, but that's what we're looking for. We think that gives people less opportunity to go back there," said Sen. Jerry Stevenson, R-Layton, a co-chair of the Prison Development Commission.

Even with the potential for a 1,000 bed expansion, lawmakers acknowledged that decades from now -- with population growth -- they may ultimately need a third prison site.

"We will have opportunity to grow here, but there are certainly other places in the state," Stevenson told FOX 13. "Fortunately, there are some of us in the room that will not be in the legislature when we have to go looking for another site."