WASHINGTON TERRACE, Utah - A small tornado briefly touched down near Washington Terrace Thursday, according to the National Weather Service, and at least twelve homes are damaged to the point of being uninhabitable.

"It looked like a war zone," Paul Hulet said, describing what he saw on his street the moments after the tornado hit.

He said he yelled at his family to run into the basement when he realized a tornado was ripping through his neighborhood.

"I took two steps and it was like somebody hit me in the back, knocked me flat on the floor," he said. "There’s glass flying all over the place, and landing all over me."

The tornado hit his home, and many of his neighbors' homes. When Hulet resurfaced a few minutes later, he couldn't believe the damage all around him.

"Crazy, it just is kind of a daze, kind of like you walk around in a fog," he said. "One part of one house is gone. The car port on our house was gone. The neighbor's garage was over on our property."

While the tornado was in Washington Terrace, other storm damage has been reported in Layton and the Ogden areas as well.

“There were reports of power lines coming down, trees coming down into houses," said Sgt. Matt Jensen of the Weber County Sheriff's Office.

A press release from Weber County Sheriff's Office states the damage was extensive. While several residents were injured by broken glass and flying debris, no serious injuries were reported.

Search teams looked into 436 homes and 24 apartment complexes, assessing each and clearing them to make sure there were no seriously injured people inside. Several dozen homes were "severely damaged" and at least 12 of those homes are uninhabitable as a result. The areas that were hardest hit are still unsafe and remain closed Thursday night.

The Red Cross has set up shelter at the Washington Terrace Senior Center.

Bonneville High School, T. H. Bell Jr. High, Washington Terrace Elementary and Roosevelt Elementary will all be closed Friday as a result of the damage in the area.

While the full extent of the damage has yet to be assessed, preliminary estimates put the total in the millions of dollars. 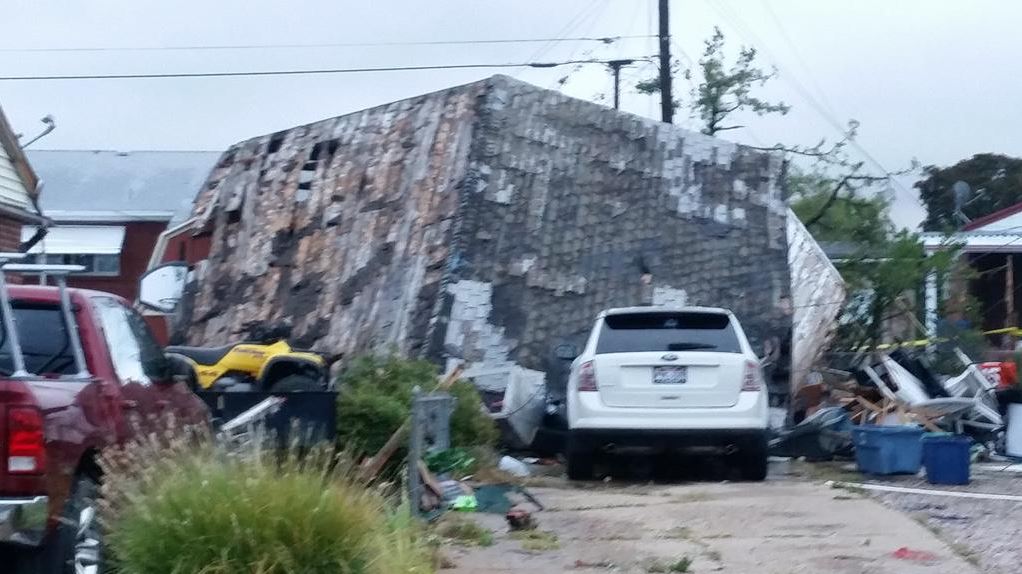