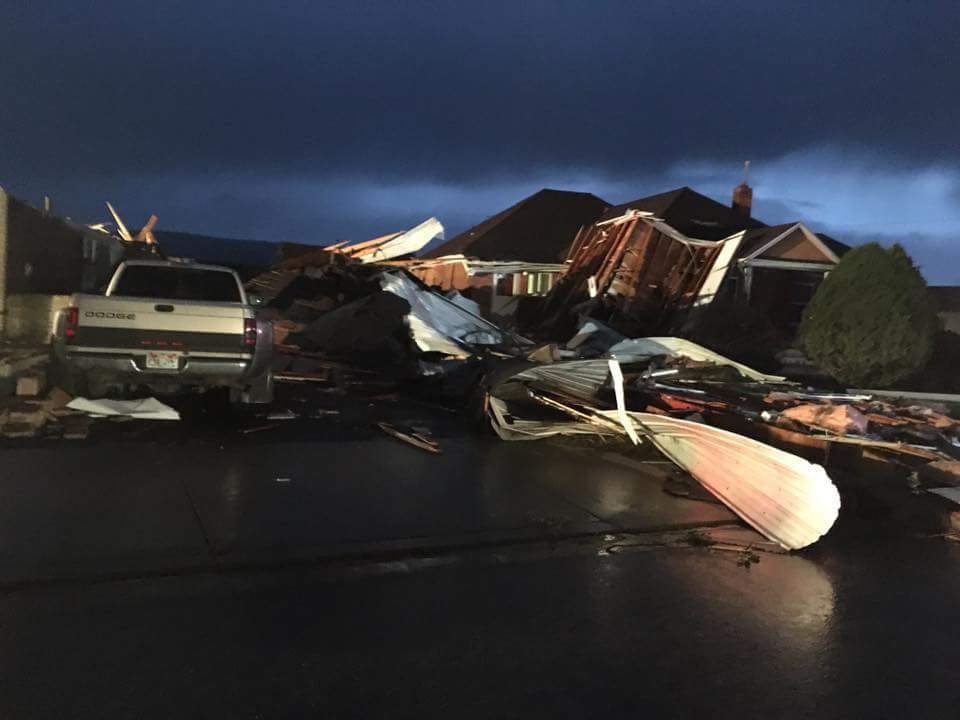 Friday, the National Weather Service confirmed it was EF-1 tornado.

The tornado hit a home at 609 North Main Street just before 7 p.m. and removed the structure’s roof. This also caused damage to the home located north of the first residence.

The tornado then traveled northeast, causing damage to a home at 795 North 250 East. More property damage is continuing to be reported, the sheriff’s office states.

Severe storms caused damage in northern Utah, including ripping the roof from a building in Layton. Another tornado confirmed by the NWS touched down in Washington Terrace, where several homes were damaged.